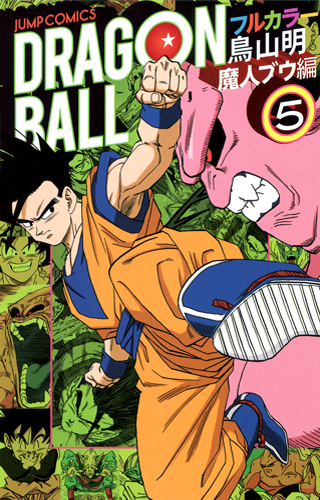 We’ll clear up the mysteries surrounding the Kaiōshin, mages, and other strange bits of worldview that came to light in the Majin Boo arc!
Q1: What happens when you die in the world of Dragon Ball?
You become a spirit and go to Enma-Daiō’s place!
When you die you become a spirit, and go to Enma-Daiō’s palace in the afterlife. Based on Enma’s notebook (which records your deeds in life), it’s decided whether you go to Heaven or Hell.
Q2: Why was Goku able to come back to the living world for a day?
Uranai Baba’s power!
Uranai Baba1 serves as a bridge between the living world and afterlife, and can return dead people to the living world. However, they’re only able to return once… and for one day only!
Q3: What sort of place is the afterlife?
It’s the world where the gods live, and is also called the “Heavenly Realm”!
It’s a world inhabited by gods like Kaiō and Kaiōshin, as well as the spirits of the dead. Normally, living people are unable to enter.
Dragon Ball Worldview: Inside Scoop
Make the afterlife realistic!
Since God’s temple and whatnot were relatively mystical, I thought it might be good to go the opposite route and have the afterlife be down-to-earth. So I had Enma-Daiō and the oni all wear suits like salary men.

They’re pretty mischievous for important gods!
Though gods are supposed to be transcendent beings, this lot have pervy interests, are fond of driving, etc… Somehow, they feel human and familiar?

Enma-Daiō and the oni look like salary men!
It feels like a real-world government office! By the way, it seems Enma-Daiō’s palace has an airport, and spirits bound for Heaven make the trip by airplane.

Q4: Who made Bobbidi’s strange machines and spaceship?
Toriyama: Bobbidi created them through magic!
I drew the area where Bobbidi’s ship was buried based on a photobook of Africa. In the later portion of the series the settings were always wastelands, so it was really hard to draw them so that they looked distinct (laugh).
Q5: How did Bobbidi scout out Dabra, Pui-Pui and the rest?
Toriyama: Summoning magic!
Bobbidi searches out people with evil hearts through his magical power, then uses summoning magic to call them forth. What’s more, he controls their hearts to turn them into loyal underlings. There are a few other mages throughout the vast universe, but Bobbidi’s magic power is outstandingly strong.
Q6: How was Bobbidi born?
Toriyama: Bibbidi split in two!
Rather than a child, he’s more like Bibbidi’s doppelganger. He’d split up whenever there was anything difficult for just a single person to do. He could increase the number of doppelgangers even more, but his magical powers would weaken in proportion. Now that Bibbidi is dead and Bobbidi has become the only one, he’s regained all the original magical power.
Q7: What’s the meaning behind that mark that appears on people’s foreheads when they’re controlled by Bobbidi?
Toriyama: I think it’s probably “魔 (Ma)”2 (laugh).
Q8: What sort of place is the Demon Realm?
Toriyama: It’s a hideout for mages!
The Demon Realm is located in the universe, but its scale is very small, the size of a hideout for mages. The mages live in the Demon Realm like evil goblins.
Fusion: Inside Scoop
The Secret Behind the Spherical World
Toriyama: I thought up the ball-like world so that it’d be easy for both me and the readers to wrap our minds around!
The central big ball has the worlds called the living world and afterlife, and the Kaiōshin oversee all that from the outside. As their antithesis, at the bottom of the big ball are the Makaiōshin, who govern evil. Currently, it seems the Kaiōshins’ power is superior.