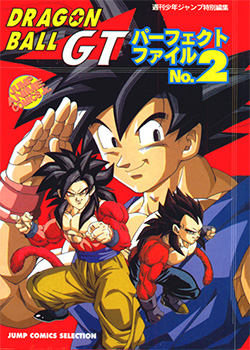 Special Project: Someday, for sure…!!

Masako Nozawa-san, voice of Goku, is a major veteran voice actress!! (Affiliated with 81 Produce) [She’s] chock-full of valuable stories, such as secrets from the final recording for GT!!

Goku is alive within me!!

First of all, let’s hear about your current state of mind, having finished your 12-year run playing Son Goku.
Within myself, I don’t have the feeling that it’s ended. I feel incredibly strongly that Goku is alive within me, that we go through life together, that we walk together. That’s why, rather than having ended, it feels like he’s merely become unable to meet with me or everyone through the TV. …But, 12 years…. It was like the blink of an eye. That’s about the time it takes for a baby to grow into a junior high-schooler, so I’m surprised. All my fellow cast members were saying things like, “We went through an entire cycle of the Chinese Zodiac”.
What sort of feeling did you have the night before recording the final episode? Was it “lonesome” or something like that, then?
I tried to deny it a number of times, but “lonesomeness”, or the feeling that “I won’t be able to see the other castmembers I’ve met with every week”, really came out. However, if that sort of lonesome feeling were to make an appearance in the recording, it would move away from the world of Dragon Ball. So I told myself, “The day when we can meet again will definitely come!!” but that “lonesome” feeling really did come out, and I had to deny it again. (laughs)
Were there any scenes in the final episode that left an impression?
The scene where, after Goku finishes fighting, he rides on Shenlong, and says, “Shenlong’s back sure is warm…”. That’s because riding on Shenlong means that Goku’s going to leave this world, and go to the world of the gods…. I was glad that they didn’t write it plainly that he died, though…. I feel that Goku probably went to Shenlong’s place, and is training again.
The Dragon Ball TV series has concluded, but I think there are still plenty of possibilities, such as TV specials…?
You’re right. I’ve even talked with the producer at Toei Animation, that “I’d like to to do a new work, not even every year, but every season”. Although, I don’t know what will happen with even that much…. But I want to anticipate it; that someday, somewhere, we’ll meet again…!!
It depends on the support of all the fans, in other words. The character Goku has a variety of versions, from the boy Goku at the beginning, all the way to Super Saiyan 4 Goku; what of them is your favorite?
Hmm… that’s a difficult question. (laughs) In the sense of being cute, I really like Goku back when he had a tail. That tail was charming!! (laughs) Goku grew up into an adult, of course, but Goku’s essence didn’t change one bit, and I myself didn’t want to change the way I played him, either.
In the entire series, are there any characters apart from Goku that you like?
Hmm… that’s another good question. (laughs) …I suppose the one I like is Piccolo. At first, he was really smug and despicable, and I thought, “what an awful guy”. But then he gradually became a good person….

“Kamehameha!!” on the subway?!

With Goku, where was the scene that left the greatest impression on you?
In the Red Ribbon Army arc, the scene when he was at Sno’s house. Goku, who was in the toilet, was shot from outside the door by the Red Ribbon Army’s soldiers. Even I myself thought, “What? Is he OK?” but then the door riddled with holes creaked open, and from inside, Goku went, “Owww!!” (laughs) I think that right there is Goku’s world.
Did you audition for the role of Goku?
I did. A lot of actors recorded their performance of Goku onto a tape, and then the staff would listen to it and choose from that. Normally, the tape would have “Masako Nozawa, Son Goku” recorded before the performance, but I hear that Akira Toriyama-sensei had said, “Doing it that way, I’ll be distracted by the names,” so he listened to a tape that had the parts with the actors’ names cut out. Doing it that way, Sensei heard my voice, and chose me, with “Goku’s voice can be no one else’s!!”, or something like that…. I heard that story from the staff much later, and I was incredibly happy. And after that, when I met Toriyama-sensei, I heard him say, “Your voice reverberates in my head for Goku’s lines, Nozawa-san,” and I was even happier. (laughs)
It really makes you feel lucky to be an actor. Now then, what episodes left an impression on you with Gohan?
I love the story of little Gohan and the robot (Note: Dragon Ball Z episode 9. See Dragon Ball Daizenshuu vol. 3, p. 226; published by Shueisha). The performers were just me, as Gohan, and the actor playing the robot1, and it was the first time I’d done something like that in anime. So apparently, there were opinions to the effect of, “Two characters won’t carry [the episode]; maybe we should can it,” but the anime staff said, “It will absolutely be all right!!”…. So the TV network also said, “in that case, let’s give it a shot”. Then, after it aired, we got lots of letters saying, “It was amazingly good”, and, “I was moved”!!
It makes you really appreciate the fans!! When you’re walking around town, do you ever get called out to, like: “It’s Goku’s voice!”?
Now that you mention it, I have been called out to before by parent-and-child fans on the train, with “Could you do Goku’s voice?” (laughs) But if I were to go, “Kamehamehaaa!!” in a place like this, people would wonder what was up. (laughs) [Doing that] in a place like the train would be a nuisance to all the other people, so I’m terribly sorry, but I refuse.
What sort of fans were there a lot of?
For the highest in age, I’ve received letters from people over 80 saying, “I look forward to it every week with my grandchildren”. Also, the husband of one of my friends is a fan, and I think he’s about 60, but he always makes sure to come home from work by 7 on Wednesdays, because, “I want to see it in real time”. (laughs) My friend is amazed at that, but as far as I’m concerned, I’m happy. (laughs) Also, when I got on the train….
Again with the train. (laughs)
There were these five boys with chains clinking noisily off them, and with hairstyles like Super Saiyans. I had thought, “Whoa, they’re kind of scary…” but then they started talking with, “Did you see yesterday’s Dragon Ball?” Then I thought, nah, they’re actually pretty cute. (laughs)

Over 12 years, were there any episodes that left an impression on you?
In terms of leaving an impression, I was really sad at the episodes where Piccolo, Kuririn, and other characters close [to Goku] died…. Even though I knew they’d come back to life, it really was sad. So, after we finished recording, the person playing the role that died would tell me, “Goku, I’m counting on you: bring me back to life, quick!!” (laughs) Having been told that, it’s still not like I could do anything about it, but I would get in that mood, and in Goku’s voice, I’d reply, “All right, I got it!!” (laughs) The sense that if it’s Goku, he’ll be able to pull something off, really seems to exist within everyone.
In playing the role of Goku, are there any areas that you regret?
I have absolutely no regrets!! Of course, I know that I’m not perfect, but I feel that I shouldn’t regret anything. Because, if I thought, “I’ll play it this way,” but I didn’t give a convincing performance, that’s because I’m immature. You can re-record, but if you do that, you come to rely on it, and you won’t grow [as a performer]. So, I don’t do any re-recording, and instead, I try to perform with the feeling of, “Next time, I absolutely will not fail”.
What sort of presence does Dragon Ball itself have within you as a work, Nozawa-san?
Within my history with anime, in terms of things such as the length of time I’ve done a role, It’s a work that’s set all kinds of new records, so it’s quite a large presence. That, and having been able to play Goku, Gohan, and Goten through to completion without damaging my health or even once letting another person substitute in my role over 12 years, I consider a point of pride. That’s because for an actor, health is a must. Also, it’s a work that made me realize, “the power of anime is extraordinary!!”
What do you mean?
At the request of the family of a child who went into a coma due to an accident, I once recorded my voice onto a cassette tape. And mysteriously enough, when they played Goku’s voice on that tape for him, while he wasn’t conscious, apparently he would respond. Goku is a mere drawing, yet he is alive and he exists at children’s sides. That’s how I was made aware all the more through Dragon Ball that “the power of animation is even greater than everyone thinks”. I believe that anime isn’t a simple fabrication; it’s something that you have to give life to, and if you can’t do that, then you’ve failed. As a mother of one, I think that it’s nice for there to be a work you can watch with your children, but lately, that sort of work has become rarer, and I think that’s too bad. I believe that animation is, basically, something for children.
What sort of atmosphere was there at the recording studio?
We’d done this together for a long time, so the studio was fun too. We’d even go on trips or out for drinks…. At the studio, the roles we play have entered into our own feelings, so we’d unintentionally call each other by the names of our roles, such as “Hey, Piccolo-san“. (laughs)
Do you have any message for the character of Son Goku, whom you played for 12 years straight?
I believe that Goku is an incredibly pure boy. He will continue to get older within the world of Dragon Ball from here on out, but I would like him to always keep those pure feelings. Just as he appeared in the Dragon Ball GT TV special (Note: See p. 52—), I want him to remain forever young, and to keep walking with me!! That’s my message to Goku.
Now then, finally, a message for all the fans.
I know it’s cliché, but thank you for your support over 12 years!! Goku is alive within everyone, and I believe we will definitely be able to meet him somewhere from here on out. Someday we’ll be able to meet; I want you to wait for that “someday”!! Goku is definitely by your side, so I want you to talk to Goku, too!! I believe that Goku is now training at God’s place. So someday, for sure, he’ll become an even more wonderful Goku, and come back before us; I’m sure of it!!
Thank you very much!!
(Recorded 27 October 1997, at 81 Produce)
The following translator notes are included for the benefit of the reader as supplemental information.
1 Kōzō Shioya, who went on to play Majin Boo.
English Translation: SaiyaJedi
« Previous Page
Translations Archive