In commemoration of Dragon Ball Super Volume 11 going on sale! A point-blank interview with Toyotarō, and his workspace revealed!!

The Dragon Ball Official Site is on the scene with Toyotarō-sensei! We’ll be discussing behind-the-scenes details on the story and characters of the Galactic Patrol Prisoner arc, as well as taking a trip through his workspace, overflowing with Dragon Ball love! 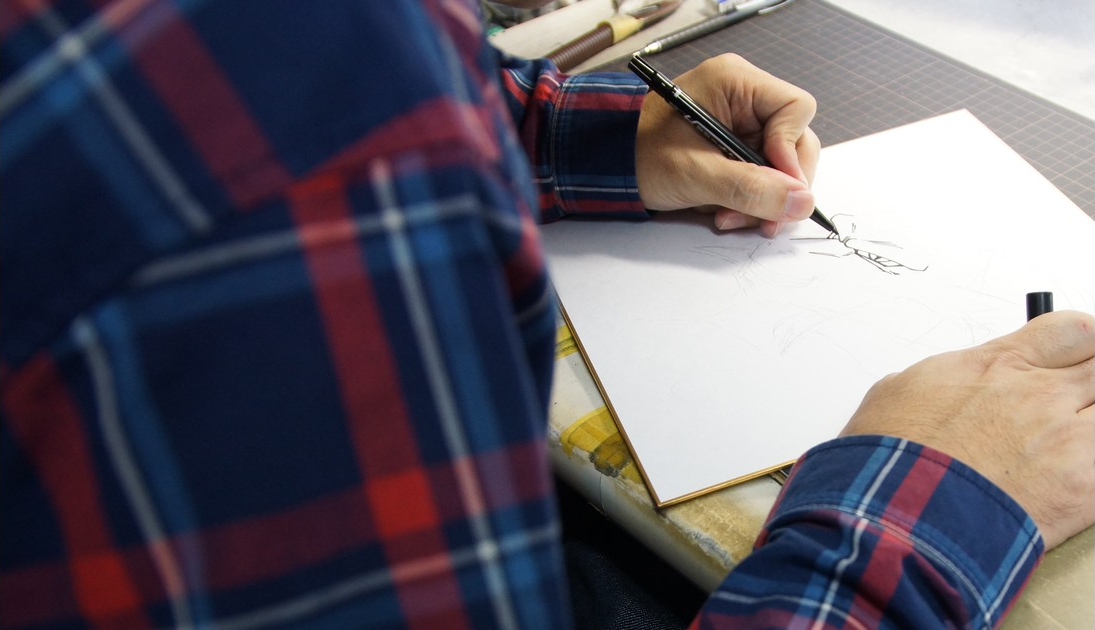 Approaching the start of the Galactic Patrol Prisoner arc, what sorts of conversations did you have with Toriyama-sensei?
During our meetings, I was shocked by the kinds of ideas Toriyama-sensei offered, as only the original author could. I feel like we were able to start in once we were both convinced we would have a good story. This involves plans for later, so I can’t say too much, but there are certain things… like one of the new characters’ secrets, that I don’t think anyone but Toriyama-sensei could have come up with. Please look forward to that.
What sort of image did you have in mind when designing new characters Moro and Merusu?
Jaco and the Galactic King have classical alien designs, so I wanted Merusu to have a bit of a retro feel as well. His silver bowl cut helps evoke that, but since I also wanted him to be popular, I went with a bishōnen look. Pointed ears are often used make characters look alien, but members of the Galactic Patrol all have their ears covered, so I sharpened his nose up a little instead. Jaco’s suit is actually his bare skin, but I want to clarify that Merusu is wearing clothes. (laughs) The track suit-like stripe down the side of his outfit is meant to feel purposefully old-fashioned.

For Moro’s design, I was envisioning pure evil. I didn’t want the villain of the Galactic Patrol Prisoner arc to be someone who it seemed like might become ally afterward, but rather an enemy who absolutely had to be defeated. I wanted everyone to think, “We gotta beat this guy!” after getting one look at him, like the original Demon King Piccolo. I used goats, which are a common visual motif for Western demons, as a base. His outfit is evocative of the grim reaper’s, so I really wanted to go all in on designing an evil character.

What are you most particular about when drawing Moro?
That would be the horns. Unlike normal goats’ horns, they have a complex design where they twist outward at the ends. Even though it’s my own design, they’re super difficult to draw, so I kind of regret making them that way. (laughs) It’s hard to get the balance just right without a 3D reference. I went looking for goat models, but couldn’t find one that worked. Eventually I figured I’d just have to make one myself, so I sculpted the horns on my own. At first I tried just tacking a bit of kneaded eraser to a goat figure’s horns, but eventually had to break out the putty and do some serious sculpting. Now that I have a reference, I feel like the horn-drawing has fallen into place. (laughs) 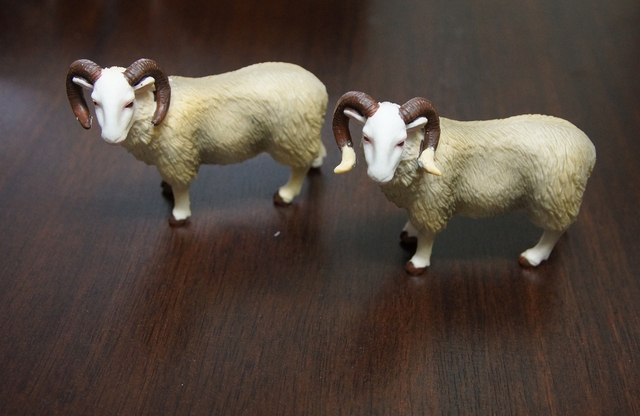 The goat figure used as a reference for Moro (right).
Toyotarō-sensei added to the tips of the model’s horns with putty to recreate Moro’s complex design.
Any characters we should pay special attention to in Volume 11?
I’d really like people to focus on the Yardratians. There were two designs previously: the ones that debuted in the anime, and the cuter, blank-faced ones Toriyama-sensei had designed.1 At first I couldn’t decide which ones to include, but after a meeting with my editor, Victory Uchida, I decided to go with both. All kinds of people live on Earth, right? In that case, there shouldn’t be anything wrong with having different types of Yardratians.

When stories get to their fighting portions, they tend to get more and more serious, with character designs following suit. Going with that, the Yadratrians might have wound up being some kind of super strong, hermit-like types. I resisted that urge and tried to keep Dragon Ball‘s sense of fun and cuteness intact. If I don’t include whimsical characters every once in a while, the tension will never let up. I feel like having these cute, simple Yardratians show up helps the keep the story enjoyable, like a breather between fights.

■ A workspace overflowing with Toyotarō-sensei‘s fixations and love for Dragon Ball! 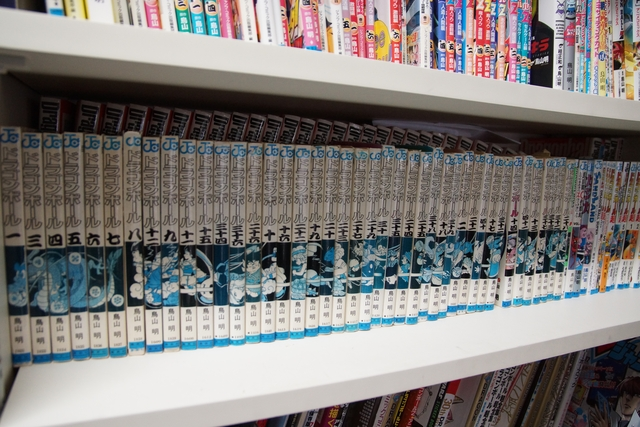 Dragon Ball manga and related material neatly line Toyotarō-sensei‘s shelves.
The most indispensable thing when drawing Dragon Ball Super is the Dragon Ball manga itself. I keep the volumes in a spot where I can easily reach and glance through them. It’s the same set I bought in grade school, so who knows how many times I’ve read them. 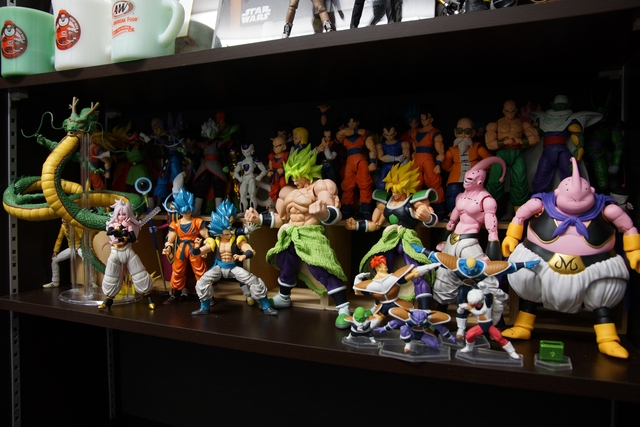 Dragon Ball figures are my stress-release during work. I always reserve new S.H. Figuarts releases before they come out. I’d like to get some other figures too, but once you start collecting, they really pile up. However, I couldn’t help myself with the HG Dragon Ball Ginyu Special Force. 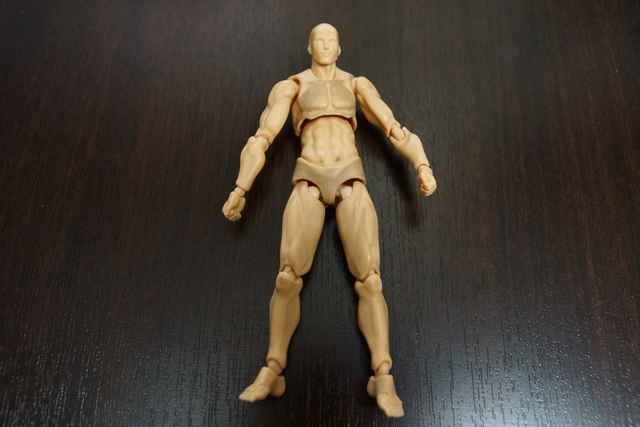 A figure doll used for reference in posing. Its muscular body is perfectly suited to drawing Dragon Ball Super! 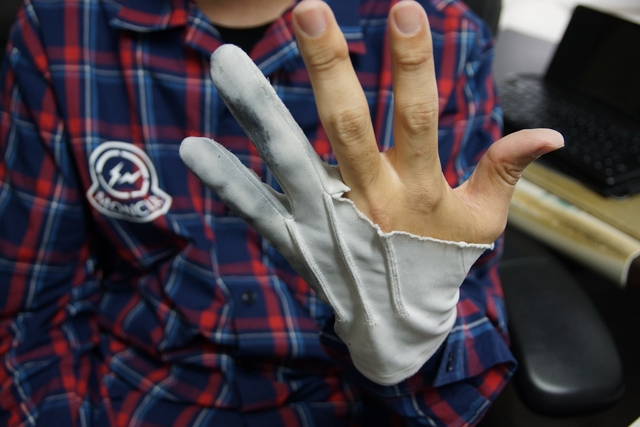 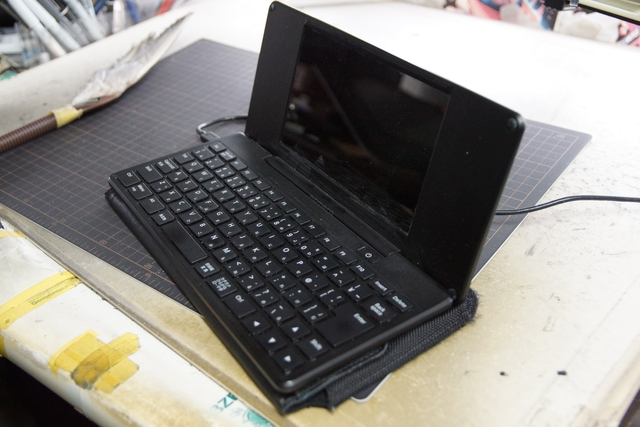 I type out the story before moving onto the storyboard using this Pomera digital typewriter.

Its batteries last a long time, so I can take it outside the workspace to work at cafes. 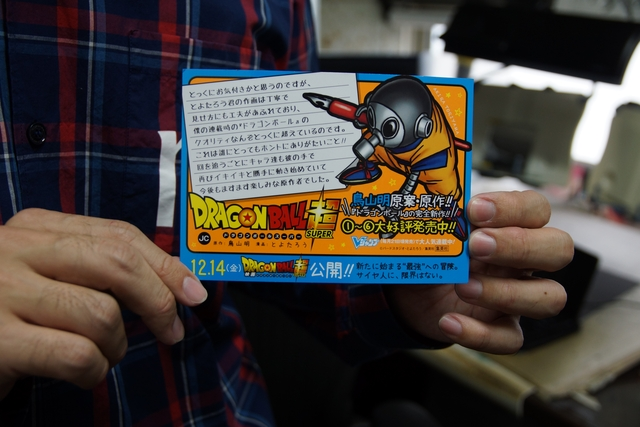 A store display card from the time of Dragon Ball Super Volume 6’s release. It’s filled with words of praise from Toriyama-sensei, which provide encouragement to continue. 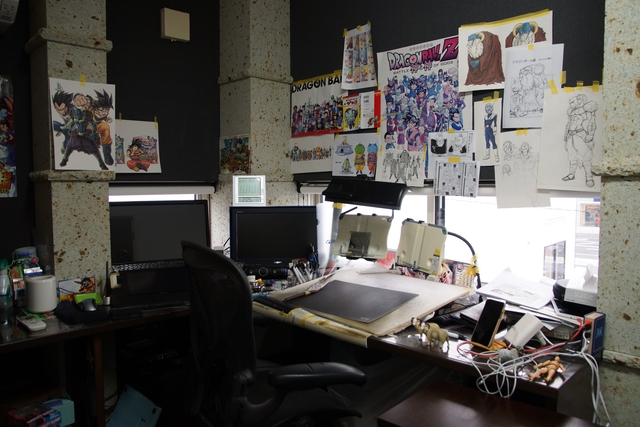 Tons of Dragon Ball materials surround Toyotarō-sensei‘s desk! With everything set up to allow staying seated while working, Toyotarō-sensei has created his perfect workspace.

■ A special message for the Dragon Ball Official Site! 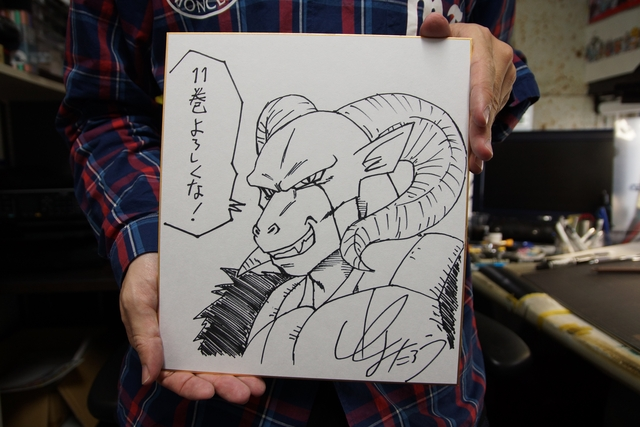 In Volume 11, Moro gets his third wish granted, and the situation turns dire! The story undergoes a huge shift. How will Goku and Vegeta manage to front a resistance in the face of Moro’s wish? What kind of training will they undergo to obtain the power to defeat him? Please enjoy the story until their next encounter with Moro.

Dragon Ball Super, born in the workspace of Toyotarō-sensei’s dreams! Volume 11 goes on sale December 4. From Moro’s wish to the debut of the Yardratrians, this is one volume you won’t want to miss!

The following translator notes are included for the benefit of the reader as supplemental information.
1 This “cuter, blank-faced” design refers specifically to the new/alternate Yardratian designs Akira Toriyama created for the (now-defunct) Dragon Ball Online MMORPG, proving to be yet another example of content mined and resurrected from the extensive production work done on the game that would have otherwise been lost to time.
English Translation: Cipher
« Previous Page
Translations Archive