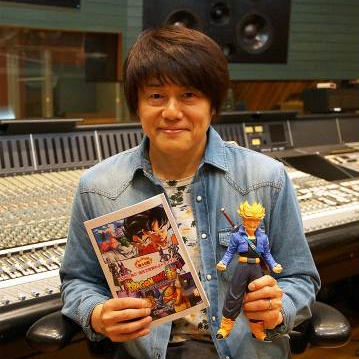 To commemorate the start of the new chapter, here’s an interview with its key figure: Takeshi Kusao-san, the voice of Trunks!

While recording, a “bolt out of the blue”!
I first heard about the new chapter during break time while recording for Dragon Ball Super. The producer suddenly told me that the next story would feature future Trunks. It was so sudden that it left me speechless (laughs). Up until that point, I had voiced future Trunks in games and things like that, but never for one millisecond did I ever imagine I’d get to play him again in a new chapter of the TV series. It was a real bolt out of the blue.

As the end of break time drew near, the producer kept telling me one amazing piece of news after the other (laughs). I was surprised and happy, but at the same time I kept thinking “it’s about time for me to get back to recording…” (laughs).

I can’t begin to predict what sort of story this new chapter will be, so I’m looking forward to reading each new script. 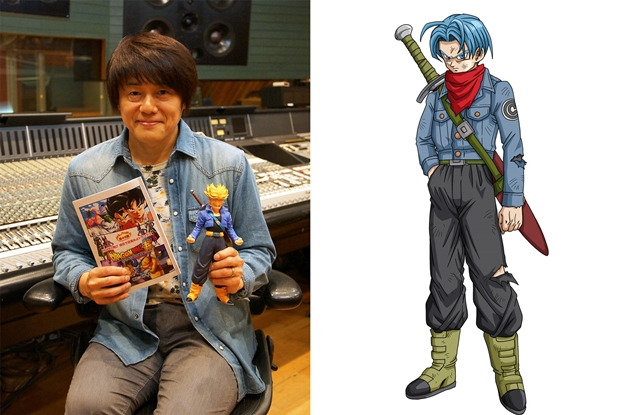 In my mind, future Trunks is a tragic kid
I see Trunks as a kid you feel sorry for (laughs). In the future Trunks’ friends are all killed, and he goes to the past because he wants to change the world. But when they first meet his dad isn’t nice to him at all, saying “hey, what’s your deal?” and stuff like that…

Then he fights together with Goku and the gang and finally defeats his archenemy Cell in the future, so you assume that the world of the future is going to be peaceful now. But in this new chapter, the cities in the future are still a wreck…! It’s enough to make you go “what, again?!” (laughs)

This new chapter starts with an episode that doesn’t give Trunks much opportunity to smile… Taking a step back and looking at it, you really do feel that he’s a tragic kid. But Dragon Ball Super isn’t the kind of series that lets you get too depressed, so one thing I’m looking forward to is seeing where Trunks finds hope going forward.

When Trunks first appeared in the series, he immediately sliced up Freeza, the mightiest villain at the time…! So in the story itself, characters were wondering if this kid was a friend or foe, while at the same time in the recording studio I was just a rookie voice actor. “That kid over there is Kusao-kun“; that’s how it was when I first started. So in an odd way me and my character were in very similar positions.

At the time, Ryo Horikawa-san (who voices Vegeta) had hardly ever played any father roles, and it was really tough for me to call him “father” and Hiromi-san (the voice of Bulma) “mother”. Which matched Trunks’ feeling, finding it difficult to call his young parents “father” and “mother”.

With a series with as long of a history as this one, as you worry about how to get along with everyone and carve out your own niche, I think you grow along with your character. Trunks really is a fateful character.

Performing as two “new” Trunks
And so for this new chapter, I’ll be playing both future Trunks and present Trunks. The Saiyans stay young a long time, so for future Trunks I was directed to play him as still youthful, and not much different than before. But his world’s looking even grimmer than last time, so while he’s still youthful, you might say that he seems a bit emotionally drained. I wanted to play him a lot pricklier.

On the other hand, kid Trunks is a spirited kid who grew up spoiled. I wondered how a kid like that would feel meeting his future self? That’s not something you normally could imagine or experience, right? That’s why, in his own childish way, kid Trunks is a bit guarded, feeling wary and even competitive… I think this agitation distances him from future Trunks.

Also, since kid Trunks is still just a boy, I thought it’d be good to also portray him as growing up bit by bit. Well, I guess I’ve given the game away (laughs). 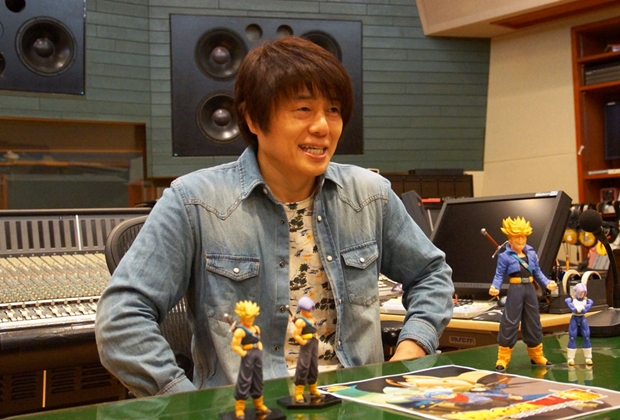 Watch out for the last shot of the new chapter’s first episode!
The main visual for the new chapter shows Trunks, Mai, and… the mysterious Goku Black.

Mai is an ally who fights alongside Trunks, but it’s still not clear why they’re together.

And then, Goku Black! Masako Nozawa-san is voicing him, naturally. While I don’t think Nozawa-san knows it yet, you can feel in your bones just how evil Black is… it’s incredible. From your very first look at him, he’s just bad to the bone. I’ll only say one thing about the end of the new chapter’s first episode, but this should say it all: it’s enough to make you go “there’s no way they can win…” (laughs)

Trunks appears, plus the world of the future too, and Goku Black is scary; episode 1 is just chock full of highlights. I bet the 30 minutes will just fly by. Back when I was a kid and we didn’t even have home videos, watching anime on TV made us go “what will happen next week?!”; I think people will feel a similar sense of excitement from this.

Also, for kids who simply know the story and have played the video games but weren’t around when Trunks played a big role in the TV series, this should show them the character’s appeal… I think it’ll be that type of series.