How does it feel voicing Goku, Gohan, and Goten again for Dragon Ball Super?
Even though it’s the first new anime series in a long time, I’ve been constantly playing the three of them in games and movies and stuff like that, so it doesn’t feel any different than before. The character illustrations are the same as always too; the characters feel alive, so when recording I can slip right into the zone.
What are the recording sessions like?
The voice artists for the other characters haven’t changed either, so I think we’re all able to perform on the same wavelength. The people playing Beerus and Whis are blending right in too, even though it’s their first time on the TV series. After a recording wraps up, we all go out for a drink or something. It’s the best way to communicate. (laughs).

Episode 1 doesn’t have much fighting; it’s a very laid-back story, which made it incredibly fun. Since I’m sure from here on out the fights will get more and more intense, whether I want them to or not (laughs). It seemed like a good chance to enjoy the peaceful side of Dragon Ball, with the characters’ daily lives and whatnot.

What should people watch out for in the upcoming story?
It’s the TV series debut for Beerus and Whis. They appeared in the films Battle of Gods and Resurrection “F”, but with Dragon Ball Super I think they’ll be turning up every week, so we should get a more detailed look at their lives and their interactions with the other characters. I want to follow that. Also, I bet new characters will be coming along, so I’m looking forward to that too!
Finally, please say something for the fans.
Dragon Ball Super has “Super” in the title, so it’s really fun. The fights, character relationships, everything’s “super”. I want family, friends, everyone to all watch Dragon Ball Super to make it grow and grow! 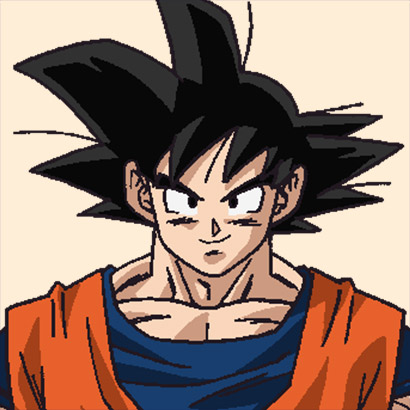