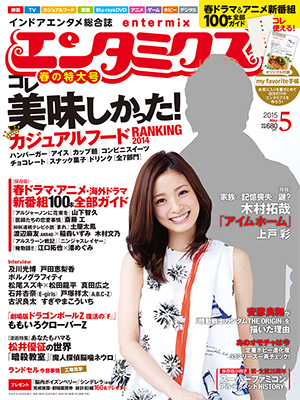 Since he’s a nice guy, his battle power this time is 100 quintillion1

“The back-and-forth of the battle was so fast, recording with Goku was trial-and-error”

How did you feel when you first heard about Lord Freeza’s complete revival?
I just felt one thing: “All right~!” I’m happy as can be to have gotten the chance to be resurrected as the mightiest evil overlord. It’s thanks to all you fans who have supported Freeza over so many years, so I believe the “F” in Revival of “F” stands for the “Fans”.
The glittering Golden Freeza was surprising!
According to Freeza, he apparently “went with gold so it would be easy to grasp”, but he’s obtained an overwhelming speed and power. The developments in the battle scenes were truly so quick that our voices could barely keep up with the transitions between attacking and defending, and even Masako (Nozawa)-san and I, who have been doing this for many years, were going, “Huh? Was that my attack just now?” The recording was really tough.
What do you think is the reason why Freeza continues to be loved?
His forms, which change one after another, are purely cool, and it’s fun how every time he transforms, his character even changes along with it. I personally love his first and final forms, and when I saw his final form, an image of the kuge2 just came welling up, and I incorporated that air into my performance as well. It’s charming how, no matter how strong they are, Toriyama-sensei‘s characters have some kind of complex; Freeza’s weakness is his father. This time, he even refuses [the idea of reviving him] saying, “You don’t need to bring Papa back to life; he’s too selfish.”
(laughs) How was it performing together with the regular cast members?
I was glad to have Masako-san tell me again this time, “I hate you so much!”. (laughs) And whenever Mayumi Tanaka-san, who plays Kuririn, and I come face-to-face, she tells me, “I don’t like being together with you Nakao-san, because I’ll end up getting killed again!”3 The only one Freeza can’t tolerate is probably Bulma. She spits some abuse at me this time, too, but just like with Baikinman and Dokinchan (who is also voiced by Hiromi Tsuru), I’m no match for her.4
Finally, then, please give us a message in the voice of Lord Freeza!
A shocking development awaits, where you could even say “I lost the battle, but won the match”. I could call him my number-one villain role, even among [all the characters I’ve done] in my voice-acting career, so please think of him as “despicable” to your heart’s content. And also, “I hope you get a good taste of the fear of death at the movie theater.”

Lord Freeza descends!
Ryūsei Nakao
Born in Tokyo. He is active in numerous anime, dubs, and stage productions. His most well-known roles include Baikinman in Soreike! Anpanman, Caesar Clown in One Piece, Mayuri Kurotsuchi in Bleach, and Mokuji in Hook Book Row.

The following translator notes are included for the benefit of the reader as supplemental information.
1 “Nice guy” (ナイスガイ) played alongside 100 quintillion (1 gai in Japanese)
2 An aristocratic class that dominated the Japanese imperial court in Kyoto
3 Nakao has been in the role of Kuririn’s killer twice: first as Tambourine in Dragon Ball, and then again as Freeza in Dragon Ball Z.
4 In the children’s cartoon Soreike! Anpanman, Nakao plays the cackling germ-themed villain Baikinman, who is accompanied by his sidekick/lackey Dokinchan, played by Tsuru. Dokinchan is selfish, vain, and childish, and is as likely to boss the hapless Baikinman around as she is to participate in one of his schemes to defeat the hero Anpanman.
English Translation: SaiyaJedi
« Previous Page
Translations Archive