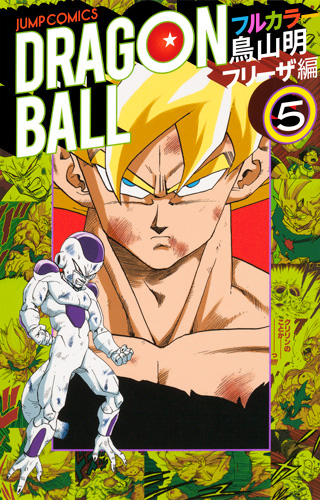 Toriyama-sensei tells us that up to now, he left the anime up to its staff. But with the theatrical feature Dragon Ball: Battle of Gods [sic], he tried his hand at the outline, story, and character designs! We had him tell us his inner thoughts on how it felt to be deeply involved with the anime!

What is Dragon Ball Z: Battle of Gods?
It’s the first Dragon Ball theatrical feature to be released in 17 years. “God of Destruction” Beerus awakens from his long slumber and attacks Earth! It’s a work that depicts Goku & co.’s super battle against the god who would destroy Earth!

Things He Learned by Writing the Story

What are your thoughts on having tried something new by making the story?
It was very interesting. More than anything, I don’t have to draw anything… I’ll just get that joke out of the way. (laughs) It’s the first movie since the live-action version, so I also wanted to really show people the aspect of, “this is Dragon Ball“. Before, I also had the serialization, so I wasn’t deeply involved with the animated works, and I left a lot of it up to [the anime staff].1 But this time, I checked over the script carefully for the first time. (laughs)

What I understood the least in being involved was how long of a script would be finished into how long of a movie.2 Writing it, I had the sense that there wasn’t enough story, and thought they would expand on it for me. But on the contrary, it had gotten so long that they had to cut it down. I wish I’d known that beforehand. But, to the extent that I think, “if there were 10 more minutes, I could have made it even more interesting~,” I also think it’s plenty interesting the way it is now!

Those who have seen the film gave me their impressions that, “Maybe it’s because you were involved, Sensei, but I thought it was a very Dragon Ball animation,” which made me happy. Everyone on the staff made [the movie] according to the scenario I wrote…but on the other hand, I also got the impression that it’s because they worked hard, saying, “this isn’t manga, so let’s do our best with it as animation!”

What sort of scenes were cut out?
Among the cut scenes, there was one scene I wrote where Goku is in a pinch, and everyone goes to help him, even though they know it’s hopeless. It goes on so that in the end, even Satan tries to help.

Satan3 is a hopeless case, but he’s a character who also feels that he wants to help in some way. I suppose this was left out for time issues. In the original story, for fun, I made Satan say lots of things like, “I have a stomachache, so I’ll protect everyone from here!” (laughs)

Surprised at the Movement! Battle Scenes

What are your thoughts on the story you made having become an anime?
With manga, from the story to the art, everything is completed by drawing it myself. Nothing appears beyond what I’ve come up with myself. But with anime, I leave it up to other people, there’s a possibility that something greater than I myself imagined will be finished up, right? That’s the most enjoyable part of it! This time in particular, the battle scenes were greater than I had imagined. They were better by far than what I’d imagined! I was most concerned with the final battle, but when I was writing the story, no real image of it came to mind. With battles, there are really parts that you don’t understand unless you draw it in pictures…so I was worried about what I should do if there was no power in the centerpiece battle. But…the power was greater than I had imagined! Just as you’d expect from animation professionals! I thought, at the very least, I myself had never seen that sort of super-showy battle scene before.

I thought that things would get out of hand if they fought right there at Capsule Corporation4, but naturally, the location changed. (laughs) To think that they’d go all the way into the stratosphereT1……but thinking about it, they’re both aliens5, after all. Maybe they can just barely breathe.

Surprised at the Movement! Characters

What were your impressions when the characters you designed this time moved?
Whis was a lot of fun to design. When he was animated, it brought out even more of an eerie and frightening feeling, so his impression changed completely. That aspect is good. I’m happest when something comes out that’s more than what I’d come up with.

But, when the original creator thinks up a certain extent of the story, the ones drawing it are under pressure. I wouldn’t like it if it were me. (laughs) Even if they thought, “I’d like to draw it a bit more freely,” they might not have been able to…. Perhaps I should have told them more strongly from the start, “You can change it however you want, based on the story”? In all the anime up to now, if I had told them that the standard-fare developments connected to the world were “something only the creator can do”, it might have made it hard to draw.

This time as well, it’s as though I’ve come to mind even less if they change the story based on my own. When there the number of people involved grows, there’s that much knowledge gathered there, after all. I’m satisfied as long as something good comes out of it.

Were you consulted at all about the characters’ designs?
Once, along the way, I had the confirmation, “When he transforms, would it be all right to make him a little slimmer?” This is true of the original manga as well, but with each successive transformation, the characters get pretty buff. So this time, I felt that I wanted to make the transformation slim. So that’s why Super Saiyan God,6, which first appears this time, has a slim design.

What sort of people do you want to see Dragon Ball?
At the time of the serialization7, it was, at any rate, a boys’ magazine, so I consistently drew it with the desire for elementary- and junior-high schoolers to read it. I remember consciously making it as easy to understand as possible, and altering it when it seemed like plot developments would get difficult [to understand]. I continue to think the same way with this movie, as well.
Dragon Ball‘s world has been broadened even further with the movie. Finally, a few words!
That my own work doesn’t end with just my world, but is expanded many times larger by the efforts of other people…. That instant makes me incredibly happy! That’s why I don’t mind at all about using my own manga as the basis and tweaking lots of things. I believe there’s no problem with them making whatever, however, with Dragon Ball as the title.

Now, the world of Dragon Ball is expanding in a variety of genres, such as video games and card games8; if something interesting comes of that, then I’ll be very happy.

Where did Goku’s hairstyle come from?
I wasn’t conscious of this when I made it, but thinking about it now, I suppose it might have been the influence of Astro Boy. The angle of the “horns” and the flat part in the middle look similar, don’t you think? I often receive items that are being released, like figures; I really admire how the sculptors are able to bring out that hairstyle in three dimensions. (laughs)
Is it true that Goku’s tail was a nuisance?!
It’s true. (laughs) Goku was originally an actual monkey in the initial sketches, after all. My editor told me, “Without a tail, he has no distinguishing traits,” so I added a tail. That tail I added was such a nuisance when I was drawing, I couldn’t stand it… so I immediately thought up an episode where his tail gets cut off. (laughs)
Is it true that you leave the TV on while you work?
I was raised by TV, so now as then, I work with the TV on. I like variety and comedy shows. It’s sad that Red CarpetT2 ended. I suppose my favorite now is Wafū SōhonkeT3.
What “treasures” do you have at home?
Nothing in particular, I suppose. Even with plastic models, I’m the type of person who loses interest once I build them. Building them is fun, and the moment they’re completed, I couldn’t be happier, so after I finish building them, I neglect them. I don’t take care of them that carefully, either. (laughs)
1I left a lot of it up to [the anime staff]: While he says he left it up to them, Toriyama-sensei was also deeply involved with the anime in past works, with items such as movie character designs and ideas for scenarios.

2How long of a script would be finished into how long of a movie: A year earlier, a voluminous script with over 100 pages was completed. It would have gone over [the time limit] if it were made into animation, so the script was touched up more and more, and gained its current form.

3Satan: Ring name: “Mr. Satan”. A martial artist who won at the 24th Tenka’ichi Budōkai. The general public believes him to be a hero who saved the world. His daughter is Son Gohan’s wife Videl.

4Capsule Corporation: One of the world’s foremost major enterprises, which appears in Dragon Ball. The CEO is Bulma’s father, Dr. Brief, so Bulma’s family is very rich. That’s also the reason why she was able to hold such a lavish party.

5They’re both aliens: Goku is a Saiyan, and Beerus is a god called the God of Desruction. Piccolo is a Namekian; it’s a series with many aliens, with a variety of races in the mix.

6Super Saiyan God: The design for Super Saiyan God is, of course, Toriyama-sensei‘s. Apparently, recently he has been trying to draw the characters with a slim-yet-muscular build.

8Video games and card games: For video games, it first appeared in 1986, in the Famicom era. Since then, it has appeared on many different machines, starting with home- and portable consoles, as well as arcade, PC, and mobile phones. The cards released during the serialization were the “Carddass”, and surpassed an astounding two billion cards [sold]. Now, Dragon Ball Heroes (Bandai) has been in operation since 2010. In addition, all sorts of toys have been born, such as figurines, plastic models, and gashapon.

T1 Judging by the film, they’re in low Earth orbit, which is in the ionosphere, and definitely not survivable by ordinary mortals. But let’s not over-think this…
T2 Bakushō Red Carpet was comedy program broadcast semi-regularly (at least once a month); it ended its regular broadcast in August 2010, but has been brought back for various specials since then.
T3 A variety program that introduces various elements of traditional Japanese life, such as crafts, food, and etiquette, while various C-list celebrities are quizzed on them in the interstitial segments.
English Translation: SaiyaJedi
« Previous Page
Translations Archive