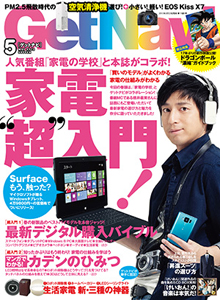 The Top-Notch Cast and Staff Talk!

PROFILE
Affiliated with Aoni Production. Works where she has played the lead include, for a start, the Dragon Ball series (Son Goku, Gohan, Goten), GeGeGe no Kitarō (Kitarō), and Galaxy Express 999 (Tetsurō Hoshino), but are so numerous they can’t all be written down here!

It’s been 27 years this year since the TV anime series began its broadcast, hasn’t it?
Goku is my “alter-ego”. Goku and I are perfectly fused. (laughs) I’ve continued to live with Goku up to now, and I believe I’ll keep on living with him from tomorrow. Because it feels that way, I was never conscious of having been separated from Goku, even after the TV broadcast ended.
In this movie, what scenes did you think were “Goku-like”?
The scene where Goku and Beerus first meet. You know how Beerus is a god? So, even Goku uses polite speech, with a, “Heya! I’m Goku… Sir.” [Ossu! Ora Gokū… desu] (laughs) Parts like that are just like Goku, and I love it.
How many times have you said, “Heya! I’m Goku!” by now? (laughs)
It’s uncountable. (laughs) I always say it when I’m called on as guest on TV shows or at events, so I suppose it’s easily 10,000 times that I’ve said it. (laughs)
From your perspective, Nozawa-san, what sort of person is Goku?
He’s a person where there’s no “ending”. He’s a good sport no matter what, and even if he loses a fight, he’s always looking ahead, with, “I’ll train, an’ then I’ll try again!” That especially comes out in this movie, and even Toriyama-sensei, who watched the preview with me, was incredibly happy with it, saying, “Nozawa-san, this is absolutely Goku.” That made me just ecstatic~.
Beerus, the enemy this time, is not just merely strong, but has a peculiar flavor to him.
He’s a character of the full-throttle Toriyama World. He’s strong, yet he’s a bit of a klutz and a funnyman, and sort of makes you want to ask, “Are you really a god?” (laughs) But when he fights, his eyes get stern, and he’s incredibly strong. My dialogue with Kōichi Yamadera-san, who played him, left an impression on me as well.
The team of voice-actors getting back together for this movie has also been a big topic.
Yes! It’s a super top-tier lineup. When we got into the recording studio, it felt as though we immediately went back to those times. That there were absolutely no blanks [i.e., that there was never a ‘blank period’ where they had been away]. Also, The group of voice actors that saw the preview all said, “it was really entertaining”, “the best”, and “like nothing before”. The truth is, we voice actors view the works we ourselves appear in especially critically, so normally we don’t simply give out praise. But this time, everyone said, “It was entertaining!” The execution of this movie is just that wonderful, so I’d like for people who can’t decide whether they should see it or not to please go to the theater, by all means. I believe they’ll immediately understand the reason.
Script: Yūsuke Watanabe
“You can be excited for it as two generations of family! I think it’s that kind of work.” (Watanabe)

PROFILE
Born in 1979. Scriptwriter. He has had a hand in the scripts for a large number of famous works, such as the TV drama Aibō — Season 7, and the movie series GANTZ and 20th Century Boys. This work is his first time on the script of a theatrical anime.

Did you watch Dragon Ball when you were a child?
Naturally, I loved both the manga and the anime. I am the Dragon Ball generation to a T.
In this movie, there are new concepts such as Super Saiyan God.
When I participated in the meetings, there was already talk of, “we’d like to come out with a being surpassing Super Saiyan 3. It would be a Super Saiyan God”. Also, the name of the enemy ‘Beerus, God of Destruction’ is something I came up with. I tweaked the word “virus” to give him the name “Beerus”, and then it was officially set. That’s probably the thing that moved me most this time. (laughs) Incidentally, Toriyama-sensei is the one who named Whis.
What sort of interaction did you have with Toriyama-sensei?
When I showed him the plot I’d come up with, I received memos detailing new [story] developments from Sensei. That was really enjoyable, so I’d write a new script based on that, and then have him look at it again… That was the kind of interaction we had. I also received requests from Sensei to the effect of, “make it something with fun and a feeling of excitement”, and “make it a tale where you can feel a sense of camaraderie”. And also, because he said, “if we’re going to have all-stars appearing, I want to bring out the Pilaf gang, too,” I had them appear as well.
Lastly, a message to the readers.
I think there are also a lot of people from the Dragon Ball generation, same as me, who have children. Please go to the theater as two generations of family and watch it in excitement! Yes, Dragon Ball’s keyword is “excitement”.
Theme Song: FLOW
“As fans, we made something in our own way that we don’t have to be ashamed of .” (FLOW)

PROFILE
A mixture rock band formed in 1998. In 2003, they accomplished their major [label] debut with “Blaster”. They have many hit songs, such as “GO!!!”, the theme song from the anime Naruto. They have also established a reputation for their good compatibility with animation. From right in the photograph: TAKE, KOHSHI, KEIGO, IWASAKI, GOT’S.

The theme song for this work is a cover of the theme song used for the TV anime and such.
KOHSHI:
That’s right. We were happy when we first got word about it. We like Dragon Ball so much that it comes up normally in conversation.

TAKE:
It’s precisely because we’re such big fans that, while arranging the original song’s strength and sense of speed in a FLOW-like way, we were able to finish it up as something we don’t have to be ashamed of as fans.

Did you see the preview screening?
KEIGO:
Yes. The enemy, Beerus, left an impression on me. He’s not a simple bad guy; he’s kind of absent-minded, and the character was nicely individual.

KOHSHI:
That Beerus’ face-off scene against Goku was off the charts for intensity.

IWASAKI:
The scene where Shenlong used polite speech with respect to the higher-ranking god Beerus was fresh and entertaining. (laughs)

There are also famous scenes from the past inserted into the film.
GOT’S:
That was impressive; now, I want to re-watch the TV series. (laughs)

KEIGO:
I believe, “Dragon Ball is continuing, it’s not over!”, you know.

TAKE:
I’m also glad that we were able to be involved during this special year, the 10th anniversary of FLOW’s debut.

IWASAKI:
Also, the timing where our insert song plays is outstanding!

GOT’S:
That’s right! We want you to enjoy the movie, including the songs.