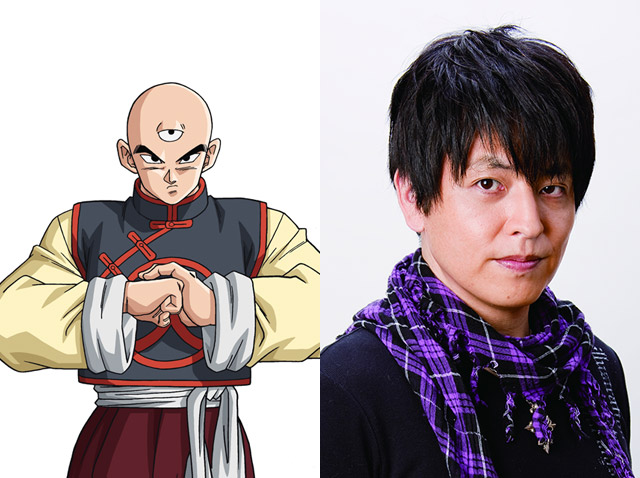 About Tenshinhan
Toriyama-sensei has participated in Dragon Ball Super on all fronts, and you can tell from the storyline that he values the old characters. I’m glad that Tenshinhan was selected as one of the ten warriors for the Tournament of Power, that he appeared so much, and that he had his time to shine. It’s very satisfying that the Shin-Kikōhō came in handy, and that I was praised by Beerus-sama. I still try and know my place (laughs), but I’m very grateful.

Besides Tenshinhan, the Tournament of Power has had many moments that make you go “oh, they picked up on that!”; developments that keep the old fans happy. As a fan myself, I was happy to see the Kame-sen’nin’s battles.

When I stepped into the shoes of my illustrious predecessor Hirotaka Suzuoki-san and took over the role of Tenshinhan from Dragon Ball Kai onward, at first there was some pressure. But with Dragon Ball Super, I’ve been able to relax and perform Tenshinhan more naturally.

A Message to the Fans
I heard that director (Ryota) Nakamura spent about three months drawing the storyboards for the final episode. Having just finished the recording session and seen the storyboards, their quality is enough to make me almost believe this. Incredible! I think this might turn out to be an amazing final episode. Story-wise, there’s plenty of scenes to make the fans’ hearts skip a beat, and as a fan I want to see it soon!
English Translation: Herms
« Previous Page
Translations Archive