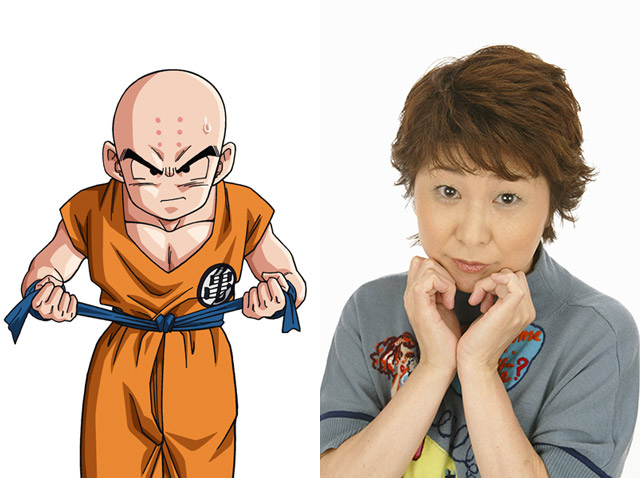 About Kuririn
Kuririn was invited to the Tournament of Power and sure… was very… active… Meanwhile, Yamcha wasn’ invited at all… I apologized to Tōru Furuya: “It would’ve been nice if Kuririn had asked ‘what about Yamcha?'”

Even after dropping out, he cheered on the others: “18-san!” “Goku!”… He’s really the strongest out of all the ordinary Earthlings without special abilities, and he excels at supporting others. He cares for his family, cares for his wife… As you can tell from the battle with Ribrianne, the power of Kuririn and 18’s love wins out against any other couple! Dragon Ball Super shows that they definitely won’t lose… that’s all Kuririn needs.

Highlights of the Final Episode
But moving on to the final episode and its highlights… Freeza’s battle is really amazing… and so is Kuririn’s brother-in-law 17… I won’t spoil anything, but please cheer on all of the remaining warriors. Still, from Kuririn’s perspective, he was killed once before by Freeza (laughs), so he can’t voice his feelings… When Goku went to invite Freeza to the Tournament of Power, he had mixed emotions… But Freeza is a very charming character. Vegeta is like that too; they’re appealing because they’re not upfront about their feelings. Kuririn is very upfront. But that’s what’s good about him… I think Kuririn beats Goku and Vegeta when it comes to his love for his family!
A Message to the Fans
Oh, I ended up talking about Kuririn again. Anyway, though this is the climax to the Universe Survival arc, Dragon Ball will definitely keep on going, so this doesn’t really feel like the final episode. The TV anime may end, but there’s still the movie and games… I think it’ll be back again before too long!
English Translation: Herms
« Previous Page
Translations Archive