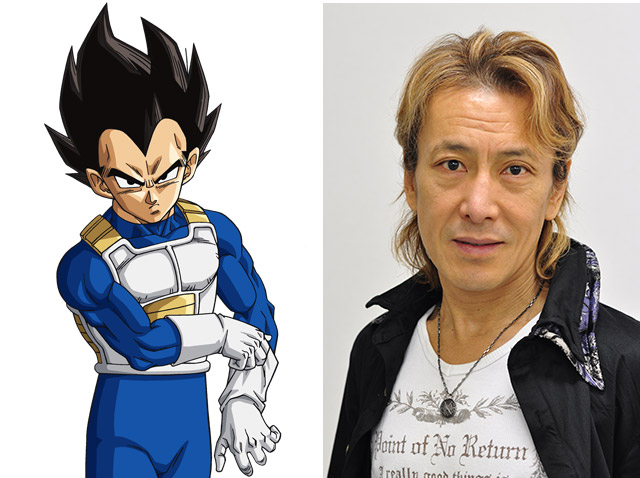 While he used to fight only for his own sake, and cared only about getting stronger, in Dragon Ball Super he has fought for the sake of others for the first time. For the sake of his family, for Earth, and for the universe. Acting as a mentor to Cabba is another first. I was like, “Wow, Vegeta’s giving him lessons!” And then he vowed to win and bring Cabba back to life. Even though he started out as a heel, he’s a heel no longer. It’s deeply moving to see how people can change, even aliens.

Although I haven’t really been intentionally changing my performance, I think that by performing over such a long period of time it has changed without me even realizing it, just as people develop over time. I think that by having a family, the nature of his strength has changed. Before now he only cared about winning. But by acknowledging his opponents’ strength and his own weakness, he has awakened to true strength, beyond simply physical strength, and I guess that’s how he’s achieved a power-up different from Goku’s, right? That’s the feeling I get.

Highlights of the Final Episode
All you fans, please enjoy the climax of Dragon Ball Super. But it’s not like this is the end of Dragon Ball itself. I hope I’ll be able to deliver thrills to you all again in the future.
English Translation: Herms
« Previous Page
Translations Archive