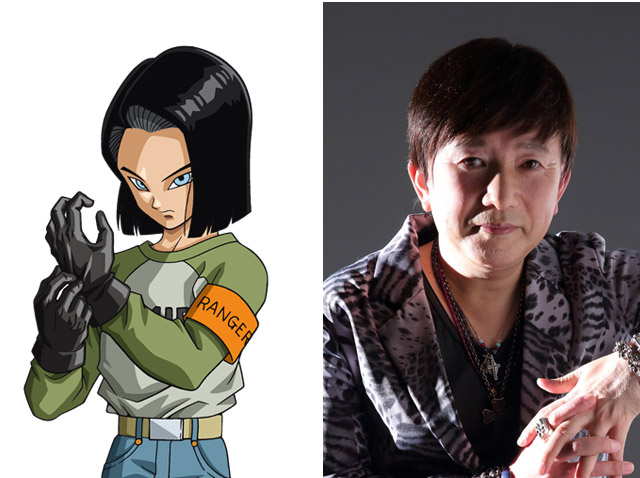 About Artificial Human No. 17
I didn’t think 17 would appear in Dragon Ball again, so this made me pretty happy. I’ve been playing him in the games but never dreamed I’d be able to appear in the Universe Survival arc that Toriyama-sensei provided the original draft for! Not only that, but to be active as one of the main characters, and remain until the final episode, fills me with emotion.

It was interesting to interact with various characters I never got to meet in the Cell arc, like Goku, Gohan, and Freeza. But in the end, being able to fight alongside 18 made me happiest.

Unlike before, 17 now has a family and even adopted children, and protects an island… no matter how I look at it, I feel like surely he must have been influenced by 16. Out of the entire Universe Survival arc, the two episodes that left the biggest impression on me were 86 and 87, where he meets Goku for the first time, fights with him, and they get to know each other. At the time I was able to perform very easily. It felt like I came back without any resistance, and while time may have passed in the story, I was able to perform naturally.

Highlights of the Final Episode
Surely nobody would have predicted 17 would remain to the final episode. Since it seemed like he died blowing himself up… right? Funny that the last ones left are 17, Freeza, and Goku. These three teaming up… it won’t just be a battle, it will be an incredible chemical reaction. Toriyama-sensei provided the original draft, so it’s sure to be an unpredictable climax. I think everyone will be satisfied by it. It will be a very Dragon Ball-like conclusion. I’m looking forward to Toriyama-sensei thinking up what comes next so that I can meet everyone again!
English Translation: Herms
« Previous Page
Translations Archive