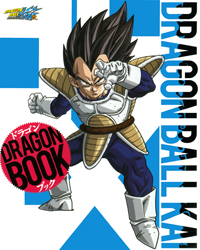 We’re interviewing the performers of “Dragon Ball Kai”! For the second interview, we’ve got Mayumi Tanaka-san, who performs the role of Kuririn!! What thoughts regarding Dragon Ball will she talk about…?

A Strange Recording Scene
Now, when thinking about voicing Kuririn for the first time in so long in “Dragon Ball Kai” (hereafter “Kai”), my biggest impression is how the story has been so amazingly refreshed. “Dragon Ball Z” (hereafter “Z”) was over 10 years ago, so I haven’t remembered most of what happened… That’s why it’s been incredibly fun to be able to record while looking forward to what’s going to happen next! Though I’ve had lots of opportunities to voice Kuririn in games and stuff like that recently, most of these have been separate recordings, so we’ve hardly ever all gotten together at the studio to record together. So I suppose that’s why this feels like something new… I think that doing “Kai” has really seemed like “Dragon Ball”, but the range of ages among the performers has widened. With the current performers, there are seniors in their 70s and 80s, and people like me who are in their 40s and 50s, and then also the younger generation in their 20s. We really have three generations of people gathered together. From the perspective of someone in their 20s, a person in their 70s is their grandpa’s generation, right? (laughs) There’s nowhere else like this. It’s really strange to have young people who grew up watching “Z” when they were kids, who are here recording for the same program! Those in their 20s especially, they’re the “Z” generation, so they pick up on really small mistakes (laughs). For instance, there are battle power numbers written in the script, so these young kids will point out that the number is wrong. Then when we check the original story, it turns out that it’s just like the kid said, and we all have to fix the scripts right on the spot (laughs). These kids who were fans of “Dragon Ball” seem to be happy to be doing voice work, and seeing them as they record makes me happy too! There’s a really congenial atmosphere at the studio! I guess you could call it the ideal recording place. 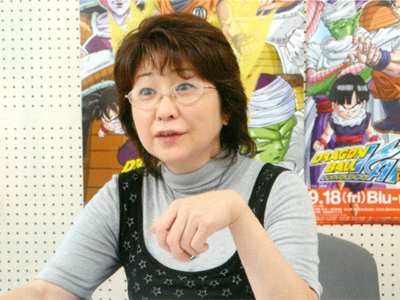 Kuririn is Goku’s Wife?
At any rate, Kuririn really loves Goku (laughs). That’s why he waited for Goku during the battle with Vegeta, and on Planet Namek. He’s really in the position of a wife, going “I’m no match for these guys, so get here quick, Goku~!” (laughs) He just might make a better wife for Goku than Chi-Chi (laughs). I think there are a lot of people who empathize with Kuririn! Of course, boys admire strong people like Goku or Vegeta, but I think that they’re too strong, which can make it hard to empathize with them. But Kuririn gets frightened, and people appreciate that. He says, “I’m no match.” He has very human aspects, such as when it seems like he’s going to die, he’ll go, “I wanted to get married~!” Even on Planet Namek, when he was surrounded on all sides by formidable enemies, he put all his might into doing what he could, and did his best to desperately gather the Dragon Balls with Gohan… Precisely because of parts like that, I think that it’s easy for people watching the anime to see themselves in his position! That’s why I think that it’s great when those two meet1 (laughs). It’s really great that he managed to get married before he died!
Kuririn’s Position
There’s something that I’ve noticed with “Kai” this time. It’s Kuririn’s position… Or whatever you’d call it; I’ve really come to understand the positions he’s placed in amazing well. During the original Dragon Ball, the studio was already largely composed of veterans, so there was always this sense of tension. I guess because of that, I was constantly thinking about how I couldn’t give a lousy performance. So at any rate, because of this I busted my tail off, and wasn’t able to see the whole picture. So even though I played Kuririn, I never really understood his position. However, later I started performing Luffy, the main character in “One Piece”2, and so I started really thinking about what you’d call characters’ positions. As captain of the Straw Hat Crew, Luffy’s position is to draw everyone together. All of Luffy’s comrades are influenced by him, and they trust and love him. This is why they gather together to form a “crew”. When I thought about this from my position as the one playing the main character, for the first time I came to see each of his friends’ feelings. For instance, the character called “Usopp”3 isn’t the most physically strong out of all the crew. However, during battles he’ll go against his better judgment and face opponents stronger than himself with all his might. Though he’s definitely no match for them, he’ll do all he can for the sake of his friends. He can do this because Luffy and the rest of the Straw Hat Crew have complete faith in him. Kuririn’s the same way. For instance, during the battle on Planet Namek, he took on people vastly stronger than him, like Freeza or Vegeta, and desperately gathered the Dragon Balls until Goku arrived. Even though it could get him killed, he desperately did whatever he could, clinging to the hope that Goku would manage something once he got there. Considering this, it made me think that Kuririn must really love Goku, and trust him, and that Usopp and Kuririn are alike (laughs). Having performed both from the side of entrusting hope to someone, and having hope entrusted to you, I’ve come to understand Kuririn’s feelings as he waits for Goku. Though in going from “Z” to “Kai” I haven’t consciously changed any part of my performance, since there are new things that I see and understand, perhaps in those areas my performance has changes too. 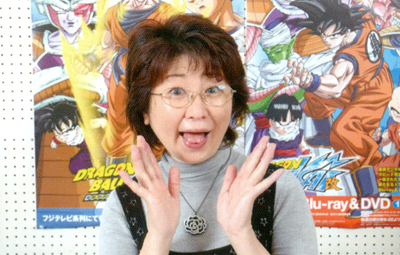 I Want Everyone to Enjoy it!
At the end of the day, the appeal of “Kai” is in its speedy story developments. I think that fans of “Z” will be the ones most excited by the sense of speed in “Kai”, and I hope that the new fans “Kai” brings in will enjoy the story from the beginning. Still, if they get the chance to watch and compare “Z” and “Kai”, I think they’ll understand how “Kai” is more fun. Dragon Ball is a marvelous work, able to be enjoyed by three generations. I hope you’ll enjoy it with your whole family!!
1For this meeting, look forward to future story developments! [they’re talking about No. 18]
2Like “Dragon Ball Kai”, an anime broadcast on Fuji TV every week on Sunday at 9:30 in the morning (broadcast time varies by region).
3Luffy’s ally. He works as the Straw Hat Crew’s sniper.
English Translation: Herms
« Previous Page
Translations Archive