A few days back we had the recording for the film Dragon Ball Z: Resurrection “F”, set to premier Saturday, April 18th. 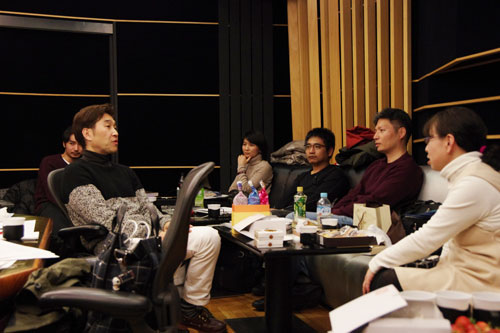 We watched the film images while recording; it was tense. 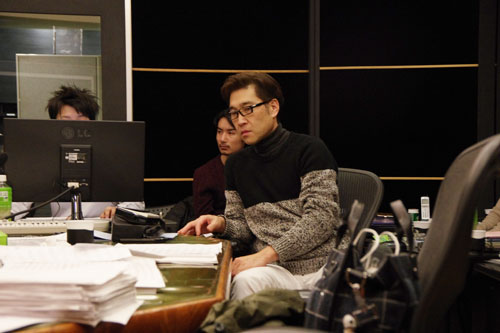 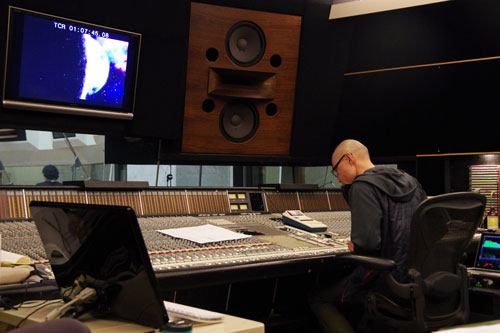 Sumitomo is embarrassed at being called “Sumitomo-daisensei” by all the staff.

He began composing the songs after reading the script in December of last year, at a rate of five pieces a day.

With a film, the music requests come in chronological order, so he starts writing from M1.

The turbulent M2 has about 5 variations.

Sumitomo says it’s precisely these kinds of pieces which must be written in order from the start.

If you can write the cool pieces right at the start, then the rest is just a matter of adding on.

So that you reach the peak at the end.

He also says that when it comes to works for which he has an emotional attachment, he can write smoothly without any problems.

When it comes to Dragon Ball, Sumitomo is like any other audience member; he absolutely loves it.

And I do too, of course.

As the one with the longest career out of all the staff (he’s even been involved since Dragon Ball Kai), while Sumitomo has exchanged notes with the director and sound effect guys, he leaves everything up to them.

Thanks to this wonderful teamwork, it seems he’s managed to get the job done stress-free.

But this time around he’s had to compose just based off reading the script, since the visuals still aren’t finished.

A storyboard drawn by the director himself! 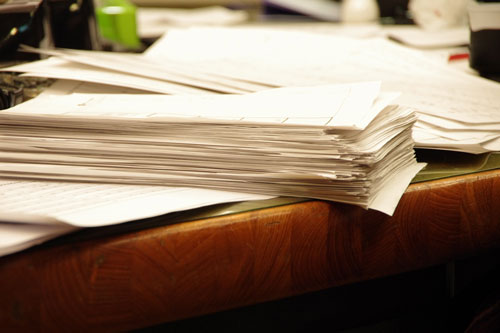 So, where does he put something fresh into this movie?…Sumitomo says that this time, he managed to place the theme all on Freeza’s revival.

He expressed Freeza’s resurrection, his revenge, and his growing even stronger, through the music.

When the music is finished being applied to the visuals, Sumitomo himself will be the first person to listen to it.

You could say that there’s no greater happiness than this.

When new images come in, he uses a stopwatch to match up the music’s timing, and makes modifications like changing the tempo or the key.

He does this three days before the recording.

This is all going on at the same time as the Tokushimi Musician Festival (February 22nd), so it’s a pretty tight schedule.

There are a lot of scenes that use strings, and we finish recording just barely within the time limit. 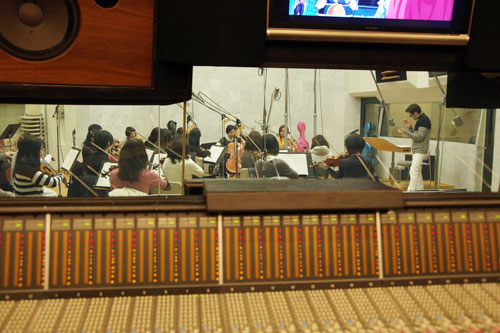 The whole choir is very active during the film’s climax. 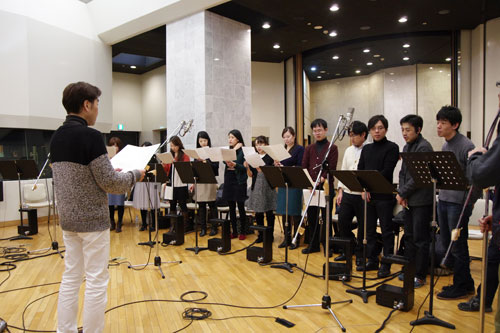 It’s still not finished, but my heart throbbed just watching it overlapped with the pictures, so I can’t imagine what it will be like watching it at the theater. I’m looking forward to it. The sound effects have to be added in too, and the rest of the staff were saying how hard it is to get the balance right.

Her distortions are cool. 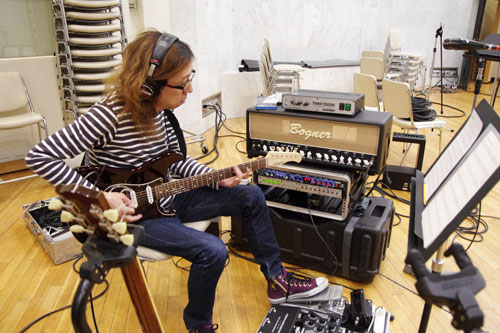 Sumitomo plays the piano and the melodica as well.

The cute melody has a therapeutic effect on the staff.

Which scene will it be used in? Wait and see. 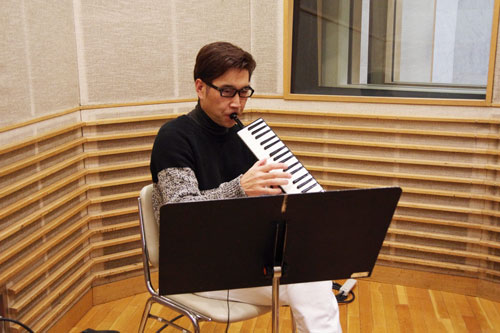 Still, the brass team is mightiest of all.

They’re even more amazing in the action scenes now. 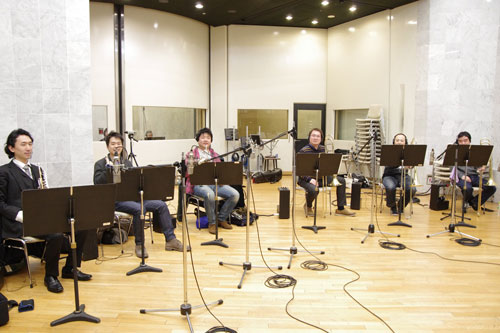 Tubist Kiyoshi Sato finished up while I was out buying something, so I didn’t get a picture. Sorry.

Apparently her voice will be treated to sound like a goddess singing from far away. 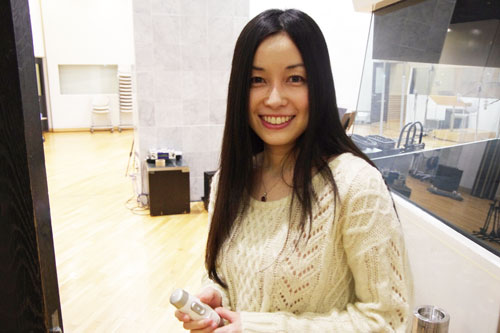 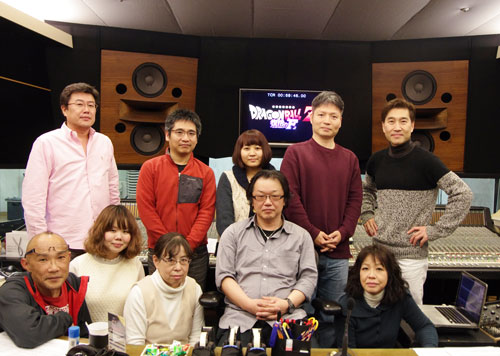 They conduct TD for the next few days after the recording. 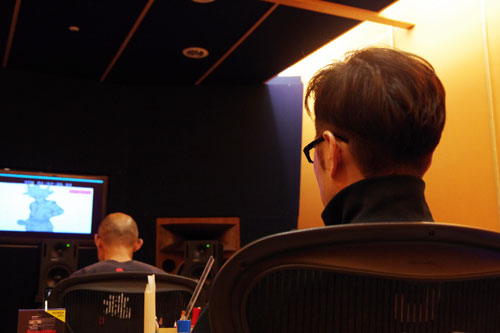 Moving to another studio, the customary solitary work continues.

In order to deliver good music and a good film, no compromises must be made.