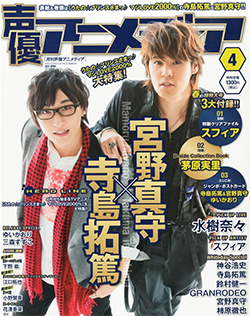 The first theatrical release in 17 years has an all-star lineup!?

Dragon Ball Z: Battle of Gods, the first theatrical release in 17 years for the anime series Dragon Ball, based on the original work by Akira Toriyama, will open throughout the country on 30 March (Sat.)! To commemorate the opening of this film, Masako Nozawa, playing Goku et al., appears! What sort of battle will unfold for Goku?!

The Recording Studio Has the Atmosphere of a Class Reunion

The first new theatrical work in 17 years will be opening soon!
I’m filled up with a feeling of, “all right!” That one phrase is everything. Goku is always together with me, so I am truly happy that he will be able to call out to everyone with an, “Ossu!” from the big screen.
Now then, did you enter the recording with a different attitude from the usual?
There was no feeling of pressure to do well because it was the first one in 17 years. I just go in with the same attitude as before. It’s definitely not like things have cooled off; even now, I approach it with the same energy.
In this movie, what sort of role does Goku play?
This time, Goku is a little bit different. Early on, he’s the same Goku as ever, but as the drama progresses, a change comes over him, so I’d like you to look forward to that. And also, the battle scenes are quite different from those up till now. For the first time in the world of Dragon Ball, “something” is there. If I tell you in any detail, the enjoyment will be cut in half (laughs), so please check it over carefully at the theater.
How about Gohan and Goten?
During the story, there’s a scene of Bulma’s birthday party. In it, most of the characters who had appeared up to this point show up, and Gohan-kun and Goten are nice there. There’s a certain secret about Gohan-kun, and when it’s revealed, I’m sure everyone will be surprised. Though I am sorry to be sort of all-secrets. You should be able to see Goten up to his usual, Goten-ish mischief, as well.
That party scene’s got my attention!
It’s a gentle Toriyama-World. Enough so that even we, the performers, were going, “there’s so-and-so!” so I think the fans will find it irresistible. There are even characters who only appear for an instant, so please look for each one of them. I almost want to put out a quiz to see how many they could find. (laughs)
You can just picture the lively situation at the recording studio.
That’s because even during Dragon Ball Kai, depending on the episode, different characters would appear, so there was never a time when so many of us performers got together under one roof. It’s something like a class reunion. We even reminisced fondly about things from 17+ years ago, saying things like, “It was like this back then, wasn’t it”.
How was your impression of Beerus, the new character appearing this time?
At first, I thought, “Are you actually strong?” That perhaps they should have given him a bit more bulk. He seems like comic-relief, with an absent-minded air, and he immediately wants to eat something. Going by impressions based on appearances, his subordinate Whis seems rather more like the boss, right? (laughs) But he is the God of Destruction, so the battle scenes are truly amazing. And also, they had a good banter, as well.
Beerus is being played by Kōichi Yamadera; Whis, by Masakazu Morita.
It might be presumptuous for me to put it like this, but if you’ll allow me to say this as their senior, they were dead-on. (laughs) The very best.
Now I’m looking forward to its opening!
Among those who went to see the previous theatrical movies with their father or mother 17-plus years ago, I bet there are those who have become fathers or mothers themselves. Perhaps they’ll even be able to see it as three generations of parents and children. When I think about that, I myself get excited. From grandfathers and grandmothers all the way down to children, it’s a movie that everyone will be able to enjoy, so by all means, please get yourself out to the theater and see it.

CHARACTER PROFILE
Son Goku
A member of the warrior race, the Saiya, raised on Earth. Has saved the Earth numerous times from countless strong enemies. Has a personality that gets more excited the stronger the opponent. Currently on Planet Kaiō. Is also the father of Gohan and Goten.