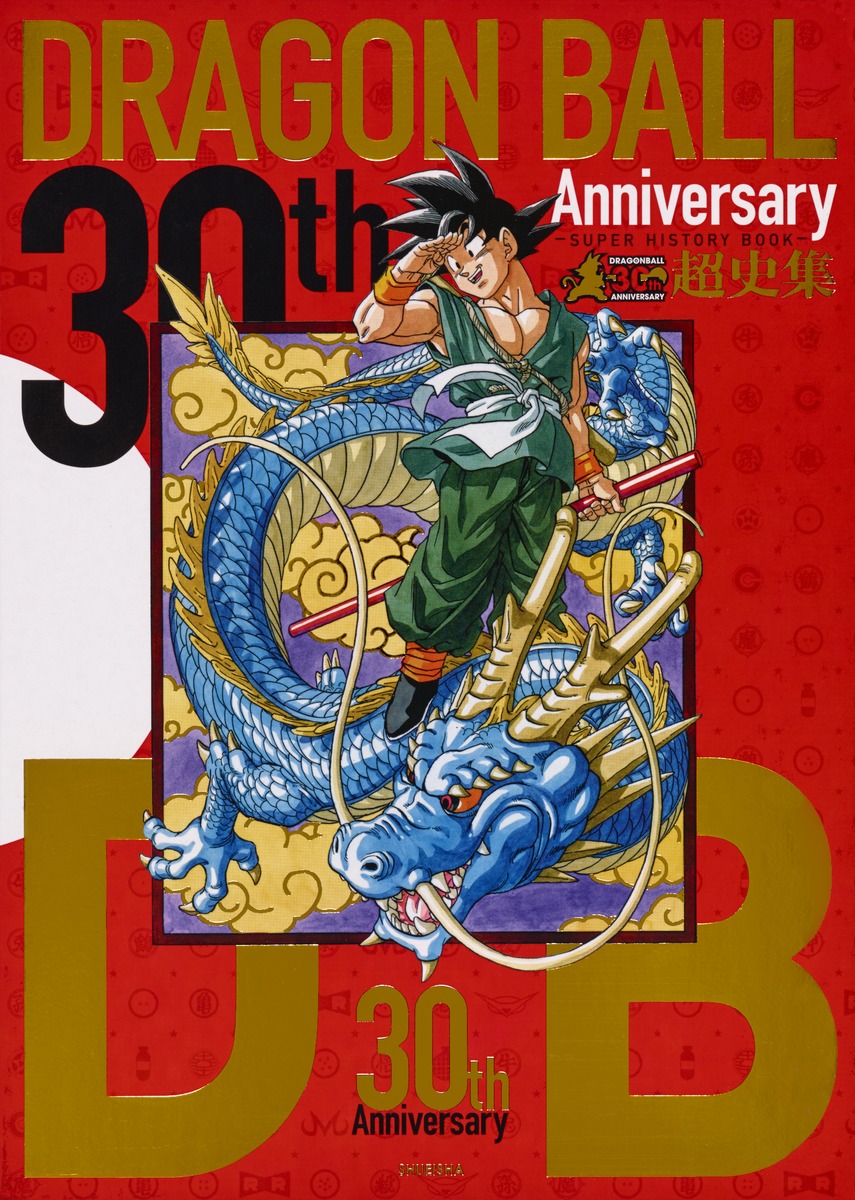 The Dragon Ball game masterpieces that were developed during the early days of new hardware!

Aiming for a “Super” recreation of Dragon Ball with 3D graphics!

Coming out in 2003, the fighting game Dragon Ball Z was actually the first game in the franchise to come out after six years of hiatus.2 Making full use of the PlayStation 2’s capabilities, the Dragon Ball characters were magnificently recreated using 3D graphics. Praised for its high quality both domestically and abroad, the game played a role in the revival of the entire franchise.

All titles above released by Bandai

“‘Dragon Shading’ took three times the usual amount of work to implement, but we still did it because it looked cool.”

PROFILE: Producer at Bandai Namco Entertainment. He also worked on the .hack and the Naruto: Narultimate Hero series.

After the animated series ended in 1997, Dragon Ball games lay dormant for some time. But I remember that plans to make a Dragon Ball Z game for the then unreleased PlayStation 2 began around the year 2000. For a new console to succeed, good games are essential, and if Bandai was going to enter the race, then it had to be with Dragon Ball. And we also expected it to sell well since it catered to the nostalgia market.
Was it difficult to develop for the PlayStation 2?
Since at first the development environment hadn’t been established yet, even making the graphics was hard. We went through a lot of trial-and-error and we revised the launch schedule so many times. Actually, the original release date wasn’t even February 2003; it was summer 2002. But improving the 3D models took quite a long time… There was even a time when we were already in the finishing stages and had to redo almost every part of the game. But thanks to that, the final product got so good it was almost unrecognizable. And there was also a great advantage in having the release date be delayed. Because in December 2002, we had the launch of the Kanzenban edition of the original comic book series, and then on March 2003, there was the launch of the luxurious DVD box sets of the animated series, the Dragon Boxes, so there was a lot of Dragon Ball-related merchandise. And so, due to the delay of the original release date, we managed to release the game right in the middle of these two products, which was really great timing.
I thought that you might have done it on purpose.
Sometimes, completely separate projects just so happen to align. From an outside perspective, it might have looked like there was an actual, proper plan to bring about a great Dragon Ball revival… but it was complete coincidence. (laughs)
Nevertheless, it sold quite well.
It sold quite well domestically, but what really surprised me were the overseas sales. At the time, we only thought about Dragon Ball games in terms of its domestic sales value, but at the request of overseas companies, we translated the game to English. We were thinking we’d be happy if the game managed to sell just a few more copies overseas… but it ended up selling around three million copies. My knees were shaking. I realized once again just how amazing Dragon Ball really is. For Bandai, there was no doubt that Goku was opening up new business opportunities overseas.
The “Dragon Shading” (aka cel-shading) used in Dragon Ball Z 2 was something new at the time.34
We were looking for ways to make the game look even more like Dragon Ball, and the solution that we arrived at was cel-shading. At the time, there wasn’t much documentation, even overseas, so we had a really hard time. Strictly speaking, a cel-shaded model is an amalgamation of three different models, so we had to spend three times as much time and money than usual. At the time, the PlayStation 2 did not support that feature and we also had to increase the character roster, so it was really hard. But looking at it, everyone will say that it looks much cooler that way, right? So there was no choice for us but to do it. I will proudly say that the models in Dragon Ball Z 3, which I consider to be the ultimate realization of our vision, still look very good, even today.5 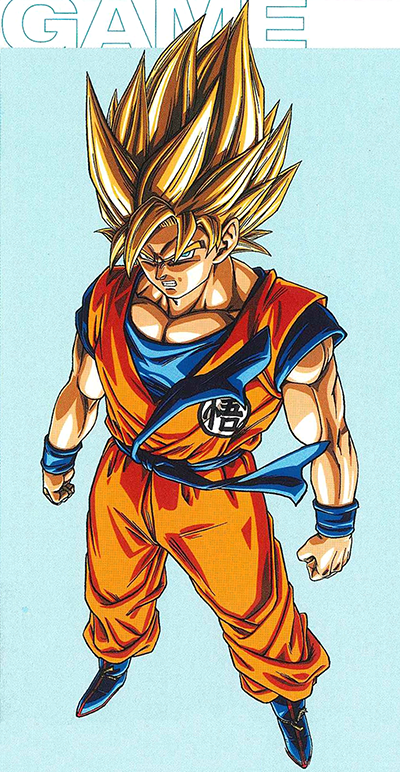 History of the development of the game

The history of the development of Dragon Ball Z, the first game in the franchise made for the PlayStation 2, is also a story of a lot of trial and error, and the fact that it ended well was nothing short of a miracle. Looking at the various documents detailing that history, it is clear that the developers spent a lot of sweat, tears and persistence completely recreating the Dragon Ball world and its characters in 3D, in a constant fine-tuning process.

The complete cover art illustration
There was actually a full-body version of the first game’s cover art.6 After seeing the powerful, final illustration, the developers were convinced they would succeed. 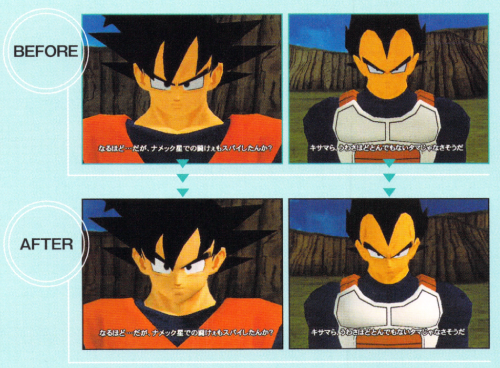 Magazine advertisements
Some advertisements that show the game’s sense of speed. They have a very stylish design that make the most of the Dragon Ball characters’ strengths, to the point that you can tell who it is just from the colors and some blurry images.

Anticipating that the fans that grew up with the original comic and animated television series have since grown up, a sense of nostalgia was emphasized.

Posters
These are simple but powerful advertisements, showing only a drawing of the characters’ eyes in a white background. These posters, which came out at a time when both the comic and the animated TV series had already long ended, were designed to create a sense of anticipation.

Ad design proposals
When the time came to sell the first game, many advertisement suggestions were considered. Since it was a revival after six years of hibernation, many of those suggestions strove to deliver a powerful impact.

The following translator notes are included for the benefit of the reader as supplemental information.
1 The three games released under the simple Dragon Ball Z series title in Japan were released internationally as the “Dragon Ball Z: Budokai” series. In general, throughout this article, whenever a “Dragon Ball Z” series is being referenced, it is almost certainly this game series, rather than the television series (though from the surrounding context this should be fairly evident).

2 While it was certainly the first “console” game since Dragon Ball: Final Bout in 1997, it was beaten to the overall video game market by both ImaginEngine and Infogrames’ western-developed Dragon Ball Z: Collectible Card Game for the Game Boy Advance in May 2002, as well as Banpresto and Bandai’s Dragon Ball Z: Legendary Super Warriors for the Game Boy Color in June 2002 in America and August 2002 in Japan. Dragon Ball Z (“Budokai”) then hit Europe in November 2002, followed by America in December 2002, followed finally by Japan in February 2003.

3 (NOTE: The following text is a translation of a footnote that was present in the original interview text. See footnote 4 below for additional context.) Cel-shading is a technique used to give three-dimensional computer graphics a style reminiscent of the one present in animated series or illustrations. At the time, the specific technique developed for use in Dragon Ball games was called “Dragon Shading.”

4 Relatively speaking, perhaps it was still “new”, but games like Sega’s Jet Set Radio (“Jet Grind Radio”) and Nintendo’s The Legend of Zelda: The Wind Waker were already popularizing the technique several years earlier. While not addressed here in the interview, Bandai actually did another pass on the first Dragon Ball Z (“Budokai”) game’s graphics for a cel-shaded-esque style instead of its original presentation as-is when they ported it to the Nintendo Gamecube (though this port was handled by another studio and was not released until Dragon Ball Z 2 / Budokai 2 was prepping for release).

6 The cover illustration of Goku created for the Japanese release of the game was drawn by veteran Dragon Ball animator, character designer, and illustrator Katsuyoshi Nakatsuru.