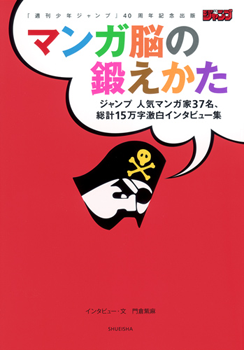 A touch that gives a sense of depth, smooth lines, and thrilling layouts. In order to ask Akira Toriyama, who continues to be loved by people the world over, about the tricks of doing his art and his current thoughts on “Shōnen manga”, I boldly set out to do an interview by e-mail. Toriyama’s feelings toward “drawing pictures” will become clear.

When it comes to drawing pictures, thinking about it as work, it’s the greatest.
Q1: Please tell me the kinds of tools (pens, ruler, ink, etc.) that you use when you do your art.
For ink, I use Pilot drawing ink or their documentary ink. For pens, a Zebra G-Pen (on the high end, I can draw about 40 pages with one nib), and sometimes Copic pens, Pigma, etc. For rulers, ones like they normally sell at stationery shops, on the wider side, in a few different lengths. For erasers, ones where the shavings clump together. As for coloring my color manuscripts, I used to use color ink from Luma, but now I do it by PC (mostly Adobe Photoshop, sometimes Corel Painter).
Q2: When you do character designs and such on the PC, is there anything you are careful about?
It’s not all that different from when I draw in a sketchbook.
Q3: Please tell me the trick to drawing smooth lines when you do your inking.
Rather than a trick, I’ve recently made the discovery, now that I hardly draw any manga any more, that if you use smooth paper, you can draw smooth lines! I was a bit shocked to find that the paper I’d been using up until now was bad quality.
Q4: Please tell me your tricks to drawing pictures with a sense of depth, if you have any.
With manga, in my art style, I don’t do much in the way of techniques to create depth.

But even though I don’t do depth techniques through my art, I am conscious of depth itself.

This isn’t a trick, but all the design illustrations I did way back when may have come in handy. My model-building hobby also trains the eye.

Q5: What sort of devices do you use in order to create a sense of movement in your drawings?
With things like Dragon Ball, in the case of fight scenes, I’d take the panel layout across two pages when the book is opened, and alter it by angling them, and making them bigger or smaller, to give movement to the panels themselves. Also, when they’re moving in continuous sequence, I often use long panels in order to make it easy to understand where they’re moving and how.
Q6: When you are drawing pictures, at what points do you feel “enjoyment”?
It occurs only extremely rarely, but when I’ve drawn something better than I thought I would.

Lumped in as a hobby, I don’t really like drawing pictures all that much, but thinking of it as work, it’s the greatest.

Q7: In the process of drawing manga (meetings, storyboard, draft, inking), please tell me if you have a step you are especially good at, or one you aren’t good with.
In my case, I use the storyboard as my draft, but it’s not so much that I’m “good at” this part as it is that it’s a bit fun for me. Meetings beforehand, I’m not good with; or rather, I hardly ever have them. I haven’t enjoyed inking since way back.

When I draw, I always recall my mindset when I was a child.

Q8: Please tell me what you’re careful with when you create the story.
At any rate, I work hard to have something that’s easy for anyone to understand.

Also, these sort of twisted developments like being light and smooth to read, and not moving [the reader] unnecessarily, I suppose. While making story developments appear to be standard ones, betraying [readers’ expectations] a bit, in a good way.

Q9: Please tell me what you consider important when creating characters.
There are times when I emphasize the distinguishing traits of their appearance, and at times, like with Goku, when I deliberately play them down. That was in order to put emphasis on his personality and movements, though.
Q10: What are your favorite aspects of your own works / what things do you like about them?
I’m afraid that, for some reason, I don’t like my own works very much, and I hardly ever read them; however, if I had to say something, I suppose it would be how they seem easy to read.
Q11: Please tell me what you consider important in drawing “Shōnen Manga”.
It all has to do with thrilling excitement. When I draw, I always recall my mindset when I was a child.
Q12: If there are any books, films, music, etc. that you have been influenced by, please tell me their titles.
They’re all movies, but Enter the Dragon1, Drunken Master2, Galaxy Quest3, Alien4, etc. etc…
1 A 1973 joint-production between Hong Kong and the USA, starring Bruce Lee. A legendary work whose kung-fu action, courtesy of Bruce Lee, took the world by storm.
2 A 1978 film from Hong Kong, starring Jackie Chan. A work in which he defeats evil by means of a peculiar form of kung-fu which becomes stronger the more intoxicated he gets.
3 A 1999 American film. A SF comedy that depicts a group of actors who are mistaken [for their characters] and have to save a race of aliens.
4 A 1979 American film. Depicts the crew of a spaceship who are attacked one after another by the titular alien, and fight back.
Q13: Toriyama-sensei, when you look back on your life as a cartoonist, In what ways do you think you yourself have changed?
In spite of being in this profession, apart from when I was in elementary school, I read almost no comics. It’s not that I hate them; I enjoy them when I read them, but I if I have the time for it, I just end up using it for my hobbies. The truth is, I didn’t like being a cartoonist very much. It wasn’t until relatively recently that I realized it’s a wonderful job. That’s because it’s like making a movie almost entirely by yourself (although having said that, I have no interest in making a real movie).
Q14: Furthermore, do you think that Weekly Shōnen Jump, or the world of comics at large, has changed?
I just flip through it on occasion, so I’m terribly sorry, but in terms of the contents, it feels like it’s changed quite a bit. But that’s because different times call for different works, so change is a given. It’s always been that way.

The most important thing is individuality.

Q15: Lastly, please give a message to people who are aiming to become cartoonists.
I’m constantly saying the same sort of thing in my comments for the Tezuka Award, but find your own form of expression. If there’s no originality anywhere in it, then no matter how skilled you are, it doesn’t mean anything. No matter how silly, nonsensical, or wooden the contents are, the most important thing is individuality. Also, calmly read your own work through the eyes of a third party. Is it caught up in its own importance? Are the contents something only you and your friends would enjoy? And further, please do as best you can to study things like living things and items from nature. The more things you can draw, it’ll noticeably widen the horizons of your work.

Finally — and I apologize for putting this bluntly — the truth is, as long as you know the basics of how to draw, then the most important thing might be to have the guts and the sense to think of this and that in your own way and not concern yourself with the know-how of people like me.

Akira Toriyama
Born in 1955 in Aichi Prefecture. Made his debut in Weekly Shōnen Jump in 1978 with Wonder Island. Dr. Slump, which began serialization in the same magazine in 1980, was a big hit. After that work ended in 1984, Dragon Ball began serialization, and grew into a boom that continues around the world even now. In 2007, he drew Cross Epoch together with Ei’ichirō Oda. With Masakazu Katsura, he released Sachie-chan Guu!! in 2008 in Jump SQ., and Jiya in 2009 in Weekly Young Jump (the art for both was drawn by Katsura, while Toriyama handled the script). He also does character designs for games such as the Dragon Quest series.
English Translation: SaiyaJedi
« Previous Page
Translations Archive