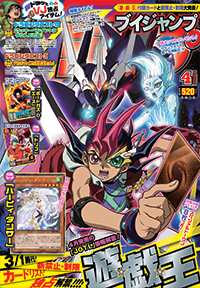 Up Close and Personal with Three Ultimate Performers!!

Goku and I are actually “equal”
Son Goku / Gohan / Goten
Z Voice-Actress: Masako Nozawa-san
Profile
Born in Tokyo. Affiliated with Aoni Production. In Dragon Ball Z, handles the triple-role of Goku, Gohan and Goten. Has also appeared in a large number of other works, such as Galaxy Express 999 and GeGeGe no Kitarō.

Profile
Born in Tokyo. Affiliated with Watanabe Entertainment. Made her debut in the entertainment world in 2002. In 2012, held her first Asian tour. Is active in a wide variety of roles, such as singer, TV personality, and voice actress.

My objective is [to be like] Goku, who “enjoys fighting”
Female Member of the Motorcycle Police Squad
Z Athlete: Kaori Matsumoto-san

Profile
Born in 1987, in Ishikawa Prefecture. Champion of Grand Slam Tokyo 2011. Won a gold medal in the lightweight (57 kg and below) division of Women’s Jūdō at the 2012 London Olympics. Affiliated with Four Leaf Japan.

What are the “limits” that the “lord” of each “world” tells of?!1
The first movie in 17 years is set in motion!! When they heard about it being made——!?

This will be the first Dragon Ball Z feature-length film in 17 years. What were your thoughts when you found it was being made?
Masako Nozawa (henceforth “Nozawa”):
It was, “All right!” (laughs)

Shōko Nakagawa (henceforth “Nakagawa”):
The moment I first laid eyes on the article in Weekly Jump, I shouted, “YEEESSSS!!” Probably everyone in the generation that was raised with Dragon Ball did that for this, right? So I contacted all my old friends, and we got fired up! It’s like Dragon Ball is maybe the only thing that all humanity could get this excited about, and my friends and I were telling each other things like “It gave me a goal in life” and “I’m glad to be alive!”

Kaori Matsumoto (henceforth “Matsumoto”):
I had a match overseas, so I didn’t find out about it until after I came back to Japan, but I was filled with a feeling as though Goku had also returned, and [I wanted to say] “Welcome back!”

Nozawa:
When you were doing your match, Matsumoto-san, I (Goku) was up on Kinto-Un, watching from the sky.(laughs)

Matsumoto:
Thank you so much! (laughs)

The being known as “Son Goku” teaches us something important

Nakagawa-san and Matsumoto-san, both of you have mentioned Goku as someone to admire, or as an objective, haven’t you?
Nakagawa:
When I was a kid, I was often by myself at home. So there were many times when I was lonely … at times like that, I’d read the Dragon Ball manga, watch the anime, and draw pictures of Goku, and then I wouldn’t be lonely anymore; I’d listen to Dragon Ball’s theme songs and yearn to become a singer. Thinking back as an adult, I believe that while we’re all different, all those who came into contact with Goku were influenced in some way in their lives. Goku pursues his dream of “wanting to fight against a strong guy”, and works to make it come true…. That’s an incredibly important thing for human beings, and I feel that Goku teaches us that.
So, Nakagawa-san, he is truly “where you got started”.
Nakagawa:
That’s right. For example, when one dream comes true, even if you think, “I wonder what I should do next?” I feel like he teaches us, “In that case, you should follow the next dream”. That’s why Goku is a person who gave me a dream, as well as a presence that gives me hope in living at a variety of points in my life.
Matsumoto-san, you also mentioned Goku’s name as “an objective”, is that right?
Matsumoto:
Yes. I do Jūdō, and because of that, I’ve experienced numerous matches, and won numerous times. But the more I win, doing matches actually becomes scarier. Like, “What’ll I do if I lose?” But Goku always goes up against an opponent stronger than himself, no matter how much he continues to win. He feels happiness through “fighting against a strong opponent” in itself.
He enjoys fighting, doesn’t he.
Matsumoto: Yes. Enjoyment is important, and I believe it’s something that helps you grow as a person.
This is true of ordinary people as well, but looking at it from the standpoint of someone who actually fights in martial arts, it must be even more amazing.
Matsumoto:
Yes. Even looking at it from my position, doing Jūdō, I feel that Goku truly has a “strong heart”. I always got strength from Goku being like that, and for that reason above all, I respect him.

What do the three who are active in each “world” consider their “limits”?!2

Goku overcoming his limits is also depicted quite a bit in the latest movie! Now then, the three of you are active in each of the worlds of voice-acting, entertainment, and martial arts; what is that “limit” to each of you?
Nozawa:
I suppose there… are no limits? In my case, I mean. (laughs)

Nozawa:
I believe I’ll keep on running forever. So I think I’ll probably never feel my limit, right up until the end of my life.

Nakagawa:
It’s Goku… that is absolutely Goku!! As the words of the ULTIMATE being known as Nozawa-san, I’ve written it tightly into the notebook of my heart. It is true, isn’t it? There’s no such thing as limits. Life is all about breaking through limits. Of course, I think there are times when you’re at your MAX, but even Goku, in the middle of a battle at the limit, brings about an unimaginable miracle and overcomes it, doesn’t he? But that’s not the power of just one person. When he puts out a “Genki-Dama”, he needs everyone’s “energy”. Even something that’s difficult for one person can be overcome with everyone; that important item is well-depicted in Dragon Ball.

Her aim is to be “unparalleled”——!! The dream of the strongest athlete!!

What you’re aiming for, Matsumoto-san, is to be “unparalleled”, after all.
Matsumoto:
That’s right. The “number one” that people around me see, and the “number one” within me, are a little different; it’s always on the other side, so in order to get it, I believe I’ve always got to do my best. That’s why I can’t think of limits at all. Even if it seems like I won’t make it there, I want to spend my whole life following it.

Nakagawa: W- what you’ve just said is very Saiyan! A gold medal is, like, you’re the de facto strongest in the universe. And yet, amazing!!

Points to watch for in the movie Dragon Ball Z: Battle of Gods!!
What are the points that the three want you to see or feel?!

Lastly, please tell us the highlights of playing each of your roles in Dragon Ball Z: Battle of Gods!!
Matsumoto:
This is the first time I’ve ever tried my hand at voice-acting, but what first pushed me to decide to “give it my best!” in Jūdō — my starting-point — was Dragon Ball. So by all means, I’d really like it if you could see my “motorcycle police” form, which speaks to my “origin”.

Nakagawa:
In having been given the privilege of appearing in this film, as an individual fan, it is truly an honor beyond all honors…! Being the first film in 17 years, with Akira Toriyama-sensei involved from the story onwards, I believe it’s been completed as the greatest movie, which won’t betray the entire Dragon Ball fandom’s expectations, and which will pack in everything they’ve wanted to see, far beyond imagining. Enough emotion to change your life waits for you if you see it~. Of course, I’d like for all the readers of V-Jump to absolutely see it on the big screen together with your mom or dad!

Nozawa:
I want every single person in Japan to see it!

Nakagawa:
But of course!

Nozawa:
Adults, children, even babies are fine. If you just see it, I’m sure you’ll feel something. And then all the fans will no doubt recognize once again, “That’s right! This is the Dragon Ball family!” The film’s highlight… is, of course, “all of it”, but if I had to pick just one thing… ah, it’d be “god”. You’ll understand, “So there are gods like this, too!” Actually, I was surprised enough for even me to think, “Wow! So it’s like this!” (laughs) So I’d like for all the people of Japan to enjoy it.

The highlight is, of course, “all of it”! 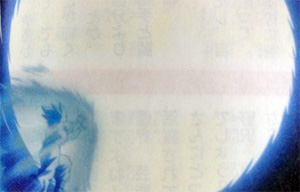 Watch for the meaning of the title “Battle of Gods”, which will be revealed at the theater!!

The following translator notes are included for the benefit of the reader as supplemental information.
1 The article uses the word “Kaiō” (界王) not in the sense used in the series with the gods, but referring to each of them being at the top of their profession.

2 This is awkwardly phrased, but there is a pun with “limit” being “genkai“, and “kai” being a “world” or the realm of a particular profession.