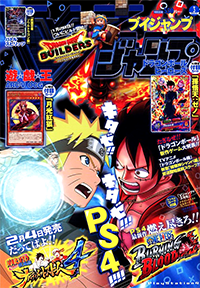 These are the strongest fighters of Universe 6!!!
An exhibition of design images drawn by Akira Toriyama-sensei!!

Hit:
With his cool outfit that looks like he’s wearing a long coat, no matter how you look at him there’s no doubt this guy is a force to be reckoned with!! Even the name “Hit” smells of danger…
Cabba:
Universe 6 has a Saiyan of its own!! That’s Cabba!! His battle fatigues seem to have quite a different design than those worn by Vegeta and the other Saiyans of Universe 7, but just how powerful is he…!?
Frost:
“…Huh!? This guy looks familar…!!” If that’s what you were thinking, then you’re right on the money!! This guy is the emperor of Universe 6, and has something to hide!! Does that mean this is his first form…!?
Botamo:
With his ursine features, you can tell at a glance that Botamo is confident in his strength!! All we know right now is that his entire body is smooth and hairless!!
Magetta:
Something is burning inside his body, and smoke rises from his head!! Though he looks just like a robot, he’s actually a species of alien known as a “Metal Man”. What kind of moves will he unleash!?

By the way, Universe 7’s strongest fighter is!?

Monaka:
A hero whose name means “Grand Ponta (nipples)”. He’s said to be powerful enough to give even Beerus a hard time, but will we get to see what he’s truly capable of?! 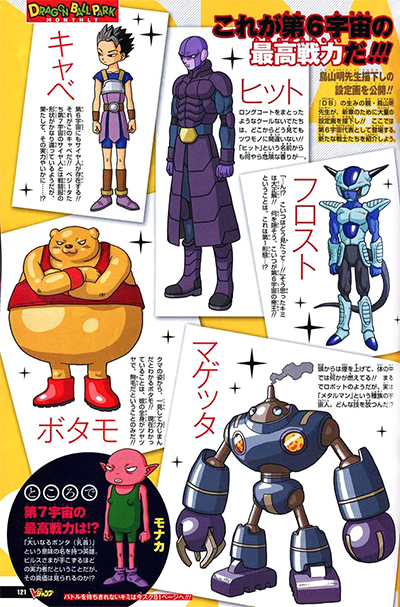