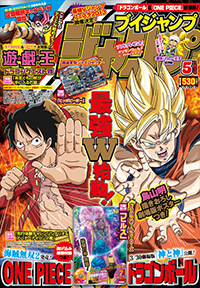 Dragon Ball creator Toriyama-sensei, who was deeply involved with the movie, descends!! He spoke to us about the movie with passion!!

In my stories, “gods” and “aliens” are a given

Toriyama-sensei, since today is a special feature just before the opening of Dragon Ball Z: Battle of Gods, I’d like to ask you about the movie!
All right. please do.
First of all, please tell us how the movie’s sub-title, “Battle of Gods”, came about.
Actually, the characters of “Beerus, God of Destruction” and “Super Saiyan God” existed from the very first stage of making the movie. So that simply became the title, Battle of Gods.
Why a “battle of gods” now? Lots of gods have appeared before in Dragon Ball.
You’re right. (laughs) In my stories, “gods” and “aliens” have been a given since way back. But, I don’t want to make them too exaggerated or argumentative. I enjoy ones who are worthless, and no different from humans.
Gods and aliens certainly have been there since the days of Dr. Slump. (laughs) But even among them, the design for Beerus, God of Destruction, isn’t humanoid like the ones up to now, but cat-like, isn’t it?
Well, with Beerus… the catalyst was me thinking, “I’ve brought out a lot of different gods up to now, so why don’t I do something catlike instead of humanoid?” And when it comes to cat-gods, there’s Egypt. So that’s how I decided on his costume.

In my works, “guys who seem like they ought to be strong are actually weak”

He has a very strange air of divinity, or rather… he’s quite the individual. He’s both cute and scary.
He’s a bit eerie, and at first glance, he doesn’t seem strong at all, so I like him quite a bit. He even makes cute cat-like gestures. In my works, “guys who seem like they ought to be strong are actually weak.” ……Like Nappa. (laughs)
No, no! Nappa was plenty strong. (laughs) Although Beerus is in a class of his own. Now then, speaking of Beerus, there’s his attendant, the mysterious man Whis. How did the birth of this character come about?
A sign of the times, I suppose….
A sign of the times?
“Guess it’s about time I brought out a good-lookin’ feller1, too!” …I thought. (laughs) And so Whis was born. Well, more so than a “good-lookin’ feller”, he became a character who’s sort of naïvely oblivious, but as a result, I came to like this one quite a bit too. So, Beerus and Whis. Bringing them out in sets of two might also be a characteristic of my stories.
Vegeta and Nappa. Kibito and Kaiōshin… when they first appear, these characters certainly do often come in pairs.
That way, I’m able to explain the characters and their relationship to each other through their interactions. In my case, I feel that it isn’t good to insert too much narration. I suppose Goku and Bulma are representative of that.
…Ah, now that you mention it, you’re right!
As a child, Goku doesn’t know anything [of the world], so without Bulma, he’d be a character who didn’t say anything. (laughs)
I see! So that relationship has been firmly passed down to the relationship between Beerus and Whis.
For parts like where he wakes up for the first time in 39 years, Whis clarifies things for the sake of exposition. No narration necessary.
With regards to the time frame of “for the first time in 39 years”, the movie’s setting is after the defeat of Majin Boo, and also prior to the final chapter. Why is it that you chose this period?
When I decided, “For this movie, let’s go with the whole cast!” I thought, “What era would be best?” If it’s a few years after the “Majin Boo arc”, then almost all the cast members are at MAX strength…. And also, you know, in the final chapter, where Oob appears, I made [characters like] Bulma and Kuririn pretty old, so honestly, I thought, “Maaaybe it’s a biiit difficult” [to make the time period any later]. (laughs)
The characters certainly have changed slightly since the “Majin Boo arc”! When I first saw the movie’s poster, I was particularly surprised at the changes in Kuririn’s and Videl’s hairstyles!
I am not at all particular about things like hair styles and colors. Especially with women, changing their hairstyle or color is a bit too commonplace, don’t you think? With people like Bulma, I actually don’t even know myself what their natural hair color is. (laughs)
Whaaat?! And I was sure that the blue she had when she first appeared was her natural hair color. (laughs)
I’m not at all particular about things. Er, well, I am particular about things I should be particular about, like the dialogue. (laughs)
What points are you particular about in the movie’s story, for example?
Let’s see. Well, it hasn’t changed from when I was drawing Dragon Ball. At the time, since it’s a boys’ magazine, the readers are boys, so I was particular about “not making it too convoluted”. So it was the same with the movie: I was particular about kids being able to enjoy it.
Was the Pilaf gang appearing again also something you were particular about, Sensei? They had become children, though….
Yeah, about that. (laughs) Originally, they were just going to be petty thieves. But since we were going to have the entire cast, I thought [it wouldn’t be great if] some unknown characters just suddenly showed up. So I made them into the Pilaf gang. But you know, thinking long and hard about it after making that decision, they were all getting pretty old. (laughs)
Mai says she’s 41 years old. (laughs)
So I came up the idea that if I made them younger, they’d be just right.
They stirred things up in an unexpected role (?). I was honestly surprised at that romantic development!
Ah! Well, anyway, that’s the Pilaf gang for you. If they were to keep on appearing as villains, they’d just be easily defeated. So I figured, “maybe if I inject a little romance, the later developments will come more easily~”. (laughs) I hardly ever draw romance.

I think being devoted exclusively to entertainment is probably “my style”

Now that you mention it, I get the feeling that there is quite a bit depicted with regards to “affection” in this movie; did you do it that way on purpose?
No, no, no! I’ve been bad with emotional plot developments since way back~. (laughs) So much so that there are even times where I deliberately try not to make it emotional. But all the same, if you ask me, “why are you so particular about that?” I don’t know.
Including the manga, those parts of Dragon Ball are drawn very casually.
That’s right. It’s embarrassing. I’m not good about making it really serious, either, so I make it feel a bit clumsy…. Even in this movie, there were more parts that were “moving scenes” at first, but I got flustered, and altered them. There are already plenty of people in the world who are good at doing stuff like “making people cry” and “moving people”. Really, I think simply being devoted exclusively to entertainment is probably “my style”.
So any emotions the people watching feel will be the kind born of the relentless pursuit of entertainment!
They themselves might not realize that. (laughs)
Now then, on a different note, in this movie, a variety of new story elements have been revealed. For example, I believe there’s “Beerus’s Castle” that appears at the beginning, and “the reason why Planet Kaiō is small”; could you tell us about that sort of thing?
The design for Beerus’s castle was fun to come up with. When I’m thinking up a story, somehow, I want to make things consistent. No matter if he’s a God of Destruction, it would be bad if he just showed up for no reason and went on a rampage, wouldn’t it? Even I myself think that feels wrong.…. So, even if it’s not expressed within the work, I always work to come up with a convincing background story within myself.
Does Bulma hold a birthday party every year?
I don’t think she does~. I mean, Goku & co. are always scattered far and wide, aren’t they? So occasionally, Bulma holds one in order to have an excuse for everyone getting together. With super-lavish prizes. (laughs)
The Dragon Balls are there, of course, but there’s also a castle. (laughs)
“If it’s this extravagant, they’ll probably come,” she’d say. …But I didn’t think the castle would fit inside a warehouse. (laughs)
Do you write down notes anywhere for that sort of background information?
No, I don’t do that. That’s why I keep on forgetting things. If I don’t forget stuff, new ideas won’t come to mind. For example, you know how there’s “Super Saiyan 3”?
Yes. Where the hair gets long.
I didn’t know that. (laughs) The whole time, I thought that was “Super Saiyan 2”. (laughs)
Whaaa?!
And I drew that myself. (laughs) Anyhow, I thought “2” was the one with long hair. It was like, “Man, I’ve really forgotten stuff…”.
Well, then, where did the concept of “Super Saiyan God” come from?
Whis says this too, but I thought, “‘Super Saiyan God’… if you ask me, that’s an exaggeration.” (laughs) Anyway, I re-read the work for the first time in ages, and you know how Super Saiyan just keeps getting flashier? When it gets to “3”, the hair even gets longer. So, I decided to pare it down as much as possible.
So perhaps it resembles the concept for Beerus [in that respect]?
Yes. It’s the God of the Saiya, So I decided to go in the opposite direction, taking it to the limits of simplicity.

The battle scenes! They were even more amazing than I’d imagined.

Finally, please give us your thoughts on having being involved in the movie’s production, and on the completed movie.
It was enjoyable. If I’m only coming up with the story, I don’t have to draw any artwork. (laughs) Manga is something you draw and complete by yourself, but when you leave the story to people other than you, there’s the possibility that something greater than you had imagined will come into being, don’t you think? With this movie, it was the battle scenes! They were even more amazing than I’d imagined. I don’t mind one bit about my work being tweaked. There are people who are particular [about that sort of thing], but I’m incredibly happy to have other people’s revisions make it more interesting!!
The following translator notes are included for the benefit of the reader as supplemental information.
1 The word used in Japanese is ikemen, which is a cool, attractive man.
English Translation: SaiyaJedi
« Previous Page
Translations Archive