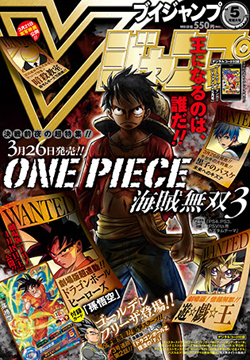 Even Freeza fears them (?!) — Giving a spirited performance as Angels of Hell!!!
These days they’re famous throughout Japan!!
It’s a point-blank interview with Momoiro Clover Z, who performed both the theme song and character roles for the movie!!

In the world of Dragon Ball Z, warriors use “ki”. If you could use “ki”, what would you want to do?
Momoka Ariyasu (henceforth “Ariyasu”): We could do anything? For example… like, teleportation?
That is a technique Goku uses, yes.
Ariyasu: Goku’s amazing!!

Ayaka Sasaki (henceforth “Sasaki”): It’d be nice if I could make it so that it’s sunny on important days. ‘Cause I’m a rainy-day girl1. (laughs)

When you focus your “ki”, pebbles float up in the air, so it’d probably work if it’s rain.
Kanako Momota (henceforth “Momota”): I’d want to be able to heal wounds and illness just by going “Ha!”
That technique is the specialty of Dende, the God of Earth.
Shiori Tamai (henceforth “Tamai”): As for me, I’d want the power to move things without touching them.
Freeza, who also plays a big role in the movie, can do that.
All: Ohhh—— Freeza’s awesome!!!

Tamai: Taking safety into consideration, it’d be nice if it had the restriction of “not being allowed to throw things”. It’d be dangerous if someone got hit, after all. (laughs)

Freeza would hit his enemies with boulders, though.
Momota: Hmm… Man, this “ki” stuff can do anything!!

Tamai: Takagi! Say something that can’t be done with “ki”~!

Let’s hear it.
Takagi: An “Integration” technique!
I- integration?!
Takagi: For example, you get attacked by an enemy, right? So, when you don’t have any way to escape, you could stick yourself to the wall, like this. And then you’d become part of the wall yourself!

Momoka: …Eh? Takagi-san, are you often fighting in your dreams?!

Takagi: Well, it’s not so much fighting, as it is running away!

Sasaki: W- what exactly are you running from… an enemy?

Momota: But, this is definitely something that can’t be done with “ki”, right?

Hmm… I don’t know whether they’d be able to become a wall or not, but there are characters who can transform. Oolong and Pu’er, for instance.
Momota: There are…!!

Somewhere along the line, this seems to have turned into a competition….
Sasaki: Aw man, we’re utterly defeated. We’ll train and then come back for another round!!

Momota: The abilities we want to use, we could use if we were in the Dragon Ball world… I wanna go.

But you’ve all been there already, haven’t you? In the role of Angels from Hell even strooonger than Freeza. (laughs)
The following translator notes are included for the benefit of the reader as supplemental information.
1 In Japanese superstition, this is a woman who seems to bring rain with her wherever she goes.
English Translation: SaiyaJedi
« Previous Page
Translations Archive