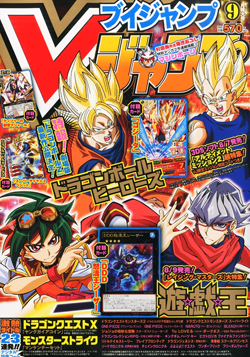 [As with the last movie], I thought up the new story for the next Dragon Ball theatrical film as though it were a continuation of the manga when it was in serialization. Just the fact that I don’t have to draw anything means I can obsess completely over the smallest bits of dialogue. Well, the truth is that I wasn’t planning on going that far, since it’s pretty exhausting at my age, but I got a little carried away.

This time will of course be a continuation of the previous film Battle of Gods, but I’ve deliberately increased the amount of action scenes by a good deal. With regards to the contents, they told me, “Keep it a secret!” like they’re all high-and-mighty, so I can’t touch on it yet, but it should be super-duper interesting!

The fact that I’d say that, when I’m not big on the flashy action-stuff, means there’s no doubt about it! Even my very first editor Mashirito1, who rarely ever praises me, said, “This is good!”

Absolutely no doubt about it! …Although it won’t be any good if I say that too loudly and people end up disappointed by it, but at the very least, I’m confident that the contents are something that the fans will be able to thoroughly enjoy! Right now, I’m drawing the design illustrations for the new character[s] and such. The movie’s completion is still a ways out in the future, but please look forward to it!!

The following translator note is included for the benefit of the reader as supplemental information.
1Kazuhiko Torishima, Toriyama’s editor from the beginning of his time drawing for Jump through the Saiyan arc of Dragon Ball. Toriyama calls him “Mashirito” here (reversing the syllables in his name) in reference to having used Torishima’s likeness in his previous manga, Dr. Slump, as the antagonist Dr. Mashirito.
English Translation: SaiyaJedi
« Previous Page
Translations Archive