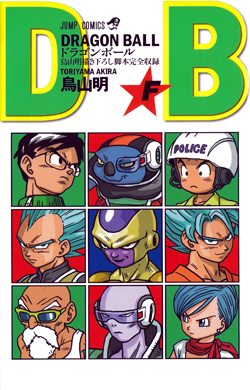 To all you Akira Toriyama fans holding the screenplay for Dragon Ball Z: Resurrection “F” in your hands right now:
It’s really embarrassing to have this called a “screenplay”. It’d probably be more accurate to say it’s just a memo. It’s simply something I idly dashed off for the staff, just to help explain the flow of the story and the dialogue! Never in a million years did I think it would get published. If any of you are trying to become scriptwriters, please don’t use this as an example!!

Then there’s the dialogue. The original author knows each character’s personality and backstory, so they can naturally think up dialogue that suits them.