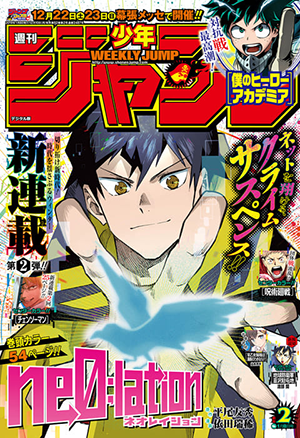 Popular characters from the Dragon Ball world as added to the official history1 by Akira Toriyama-sensei‘s hand!!!

If “Vegetto” is born from the Potara, then Fusion gives birth to “Gogeta”!! Two equally-matched2 ultimate trump cards!! What’s more, in this movie Gogeta transforms into Super Saiyan and even Super Saiyan Blue!! Go to the theater to experience this stupendous power for yourselves!! By the way, Gogeta doesn’t appear in the original Dragon Ball manga; like Broli, he’s a movie-only character!! In other words, original author Toriyama-sensei‘s rewriting is an attempt3 at adding Broli and Gogeta to the Dragon Ball official history!!

When I talked with my editor about the next movie, he suggested Broli since that character was so popular. I had forgotten all about him, but apparently Broli was in some Toei Animation original stories way back when, and I merely provided his character design after hearing a simple rundown of the plot. Since Broli is so popular, using him should be a real crowd-pleaser. With the theme decided upon, I took the original story as a jumping-off point and came up with my own style of a completely new Broli. It’s a “Super” series Broli with Freeza’s army added into the mix, including the new characters Cheelye and Lemo, who are the sort of characters I like. My apologies to anyone who preferred the original version, but I’ve added in slightly more dramatic and human elements to keep all the fans happy. Or at least that was the plan, but what do you all think?

Since Toriyama-sensei‘s original was so marvelous, I made it my personal mission to animate it with enthusiasm, without removing a single frame, changing a line of dialog, or adding in anything that didn’t need to be there. The titular Broli is a very popular character so there was an incredible amount of pressure, but I’ve made this in homage to the old movies while adding in modern effects and the like. Also, the old Broli never had his personality explored in much detail, but this time around Toriyama-sensei has thoroughly depicted his inner-workings. The crazy-strong Broli of course means plenty of battle scenes, and I think the production staff has poured their all into this film. The only thing I’ve got to say is “please enjoy it!”; it’s Dragon Ball, so it’ll be fun (laughs). Set your expectations high! 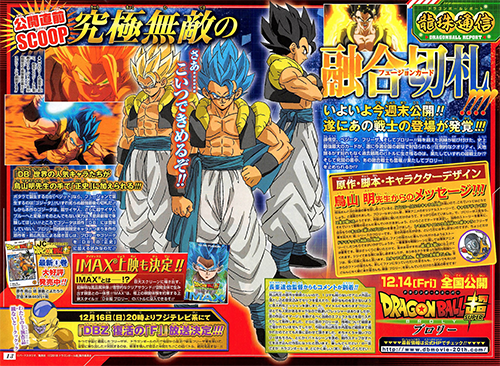 The following translator notes are included for the benefit of the reader as supplemental information.
1 The phrase translated here is 正史 (seishi), literally meaning “authentic” or “official” or “true history”; this same phrasing was used in a 2012 Dragon Ball Z: Battle of Gods press release. We have gone with “official history” here to match said previous translation; alternatively, this could be and has been translated as “canon”.
2 いずれ劣らぬ (izure-otoranu), literally “neither inferior (to the other)
3 The word translated here as “attempt” is 試み (kokoromi), which could also be translated as “trial” or “experiment”. What is implied here is not that Toriyama tried and failed to add these guys to the “canon” or “official history”, but rather that this was a test run and they may do more of this in future.
English Translation: Herms
Back to Previous Page