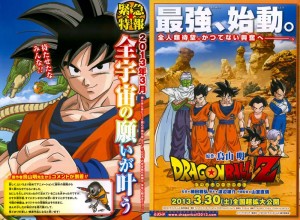 It’s rare, or rather, it’s the first time, that I’ve been deeply involved with the animation from the scriptwriting stage.

As it had been a while, there was a lot I’d forgotten, but as expected of the creator of the original work, I was soon able to remember the tempo of things, at least.

For this film, while leaving the atmosphere of the original intact, we’ve added just a little bit of modern flavor, so I think it will be an enjoyable piece of entertainment, just like old times!