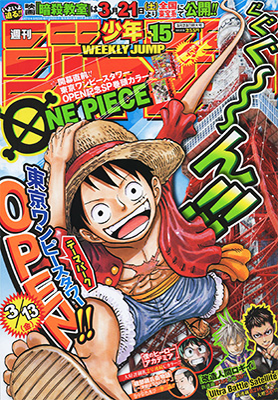 Point-Blank Interview with MOMOIRO CLOVER Z, who will be performing the theme song!!!

This time out, for Dragon Ball Z: Resurrection “F”, you tried your hand at the role of angels. Please tell us your thoughts about it!
Momoka Ariyasu (henceforth “Momoka”): Compared to A-rin1, we have no experience whatsoever, but we had the honor of playing cute little angels. Normally, I’m not used to that sort of fantasy-type stuff, so it was really hard. (laughs)

Ayaka Sasaki (henceforth “Ayaka”): They went to the trouble to draw those characters for us, so we did our best to be able to put Freeza into a baaaad mood!

Momoka: You’re good at that, aren’t you, A-rin!

Ayaka: Ahaha. (laughs) As the senior voiceover artist (of the group), I gave my all with my performance!

Kanako Momota (henceforth “Kanako”): We’re usually smiling and laughing, but performing “laughter” was surprisingly difficult. The characters we played are angels, but when we’re told “Laugh, tee hee hee, like angels!”… (laughs) But when I recorded, it was just Takagi and me, and we got the OK in one take!

Shiori Tamai (henceforth “Shiori”): We did it looking at pictures that weren’t animated yet. Performing with just the advice of the audio director and our imaginations was hard! And on top of that, when you perform with your voice, your body moves too! What you’re actually using is your voice, so I realized that voice-acting is tough.

Reni Takagi (henceforth “Reni”): Our role this time is of angels, which is completely removed from everyday things, but I was told that my role in particular was “the most energetic one” so it was tough. Normally, I’m not energetic at all. (laughs)

Shiori: Huh? Is that so?

Ayaka: Is that so?

Kanako: Was that meant for us to needle you with…? (laughs)

Momoka: Let’s do that part one more time!
(With a rustle of movement, all straighten their posture)

Reni: O- our role this time is of angels, which is completely removed from the everyday… and my role in particular is a really energetic one… and normally I’m not energetic at all, so…

Reni: Thank you. (laughs)… Even so, although we only recorded for a short time, I came to imagine that that Freeza might be saying, “STOP IT ALREADY!!” in the scene we’re in. So I realized all the more that there will probably be as many different attachments to the movie as there are people who see it!

Thank you very much!
The following translator notes are included for the benefit of the reader as supplemental information.
1 “A-rin” is Ayaka Sasaki’s nickname.
English Translation: SaiyaJedi
« Previous Page
Translations Archive