So it’s clear you’re completely and utterly clueless and have nothing worthwhile to add to the discussion. All I've seen are "he said/she said" allegations. No concrete evidence. Unlike Neil Kaplan, who has concrete evidence against him that he was putting the moves on his assistant for a con(text ...

Re: How many Super Saiyan hair colors exist as of yet?

7 true SSJ colors, one Ultra Instinct color, which is not truly a SSJ form. So 8 total but truly only 7.

Bunch of bullshit. We've had enough information by now to deduc e that one person "falsifying" evidence is not responsible for everything. These youtube videos are shit, like all from one user who is furiously defending him. Funny how no one ever, not ever once went to the police, especially in the...

Re: Is there an accurate reading of power levels?

Unless Freeza did it on purpose to annoy his underlings.

Maybe it's the only way to make a device to read power levels, at least as far as Freeza's scientists know. Perhaps they have an element that reacts to ki and that's all they have to read ki.

Re: Is there an accurate reading of power levels?

The whole thing with scouters exploding from high power levels, while it is dramatic and serves to emphasize the power of characters well, doesn't really fit with what we know about electronics and scientific measurement scales, even in-universe. Just say that scouters use a reactive element in the...

ABED wrote:"Innocent until proven guilty" only applies in a legal context.

"He's guilty because I want him to be guilty, not because of evidence, but because my heart is a crusty rectum."

The SSJG form currently used by Goku and Vegeta is a different breed that the one that appeared from the SSJG ritual. The ritual gave an astounding amount of power but the "post-ritual" SSJG is a smaller gap from base to SSJG form. The power level is still greater than the ritual SSJG, but Goku and ...

That is indeed correct. They don't have mechanical implants or anything, beyond those bombs they had in their chests. The way I see it, their infinite energy is more in regards to their supply. While they can never run out of it, they have a limited output capacity. Through training, they can stren...

17 and 18 were modified on the cellular level. Their power generation is tied to their biology, in a synthetically augmented way.

Re: "Combat Speed Is "X" Faster Than Movement Speed"

A really good martial artist can punch about 25 to 32 miles per hour, from "cocked" to full extension. World's fastest run speed is 27.8mph. According to the real world, travel speed and combat speed are quite similar. However, "combat speed" is as much about muscle memory and anticipating your oppo...

Re: Could Original Z & Kai be combined into an hypothetically future release (+recut feature for pre Z DB)

This wouldn't work because all these "modes" would just be multipler movie files. It's not like they can put one set of episode files and somehow have the disc automatically skip specific scenes. It would have to be multiple movie files with each one edited to a different type. You're better off get...

Re: (Dragon Box) Vegeta got stronger after reviving?

@Forte224
Can I get a picture of the Japanese Dragon Book page for this image about Goku and Gohan's training to master SSJ? 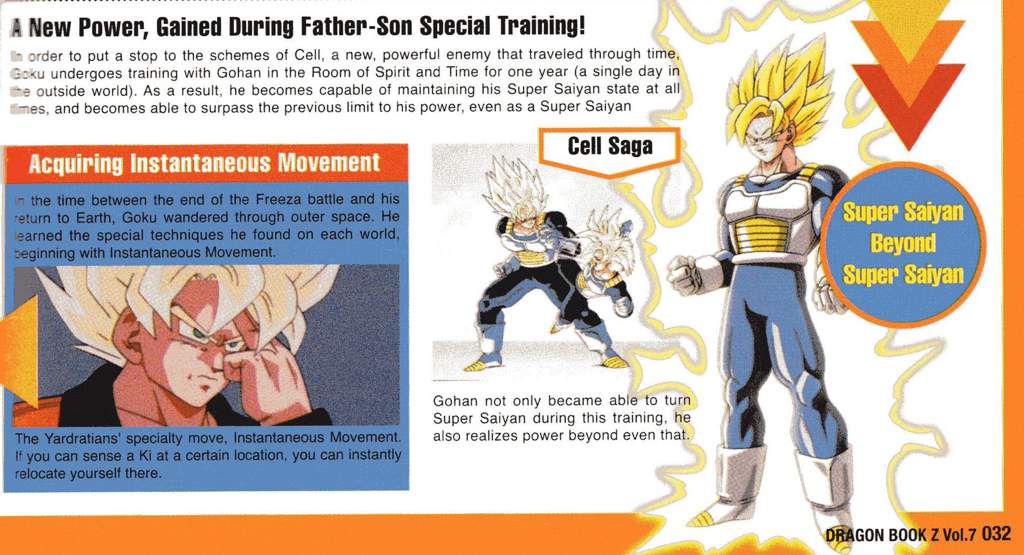 I just want to get the most accurate information possible.

Origin of This SSJ Guide Scan?

I saw this scan and didn't know where it comes from. Anyone know?
Spoiler: 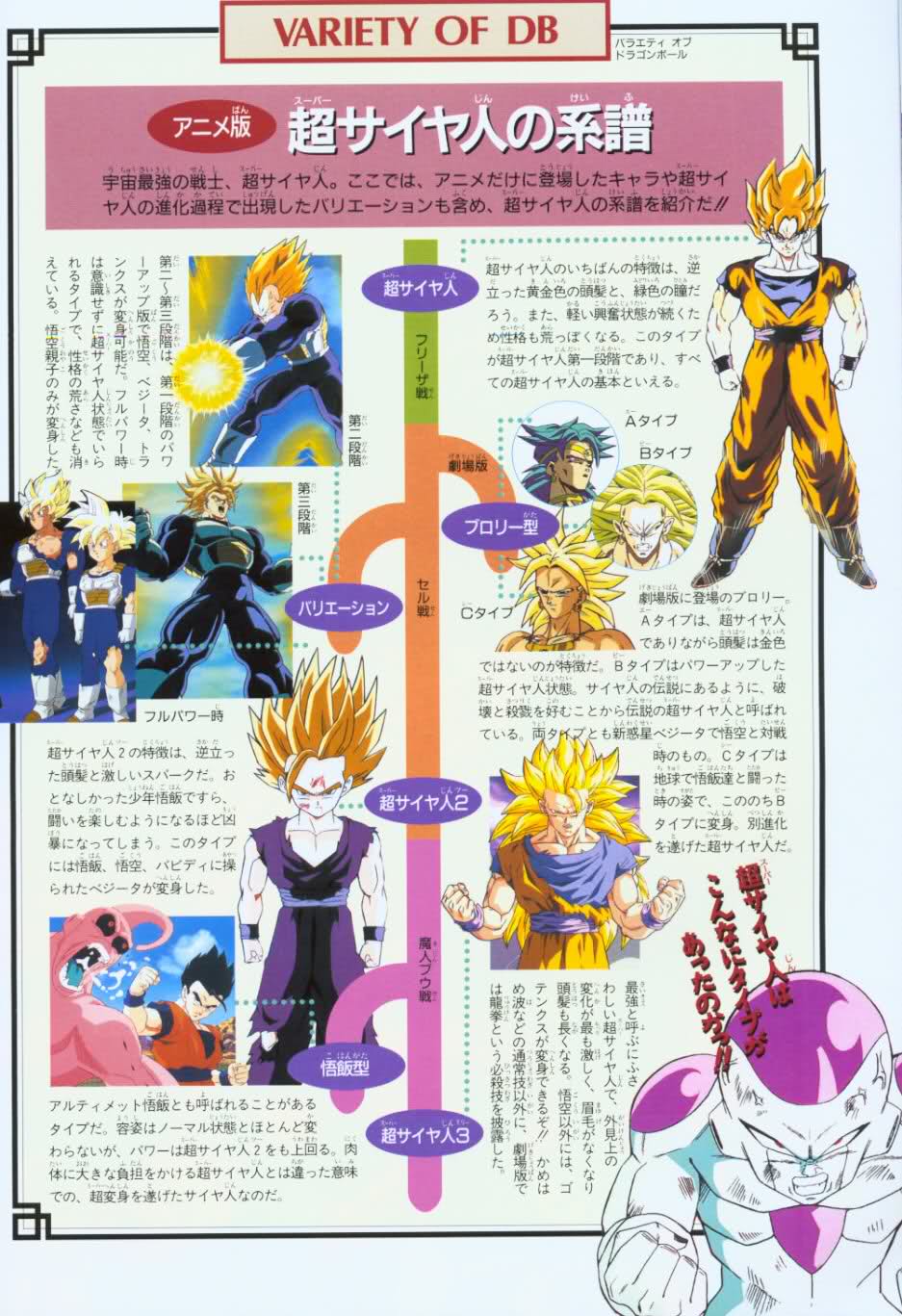 Re: Was grandpa Gohan meant to be perceived as a pedophile?

The real implication is that Toriyama slept on his own Grandpa's or father's "pillow."

I was just thinking that a lot of debate comes from the English subtitles and that is almost wholly dependent on how good the translation is. If you personally don't know Japanese, then you have to trust the translator and that is not always a fool-proof way to get the most accurate quotes. Does any...

Re: What's the difference between the DVDs & the Blu-rays?

Don't worry guys, once we get Blu Ray Dragon Box I'll recut the Kai series for you all lol.

Scavenger wrote: If you rip the marathon version and go to episode 22, then the English TrueHD audio is completely mute.

I just looked at my MKV file that's straight from the disc rip and episode 22 is just gone. It's completely cut. What the hell Funimation...

@Scavenger That's what I'm talking about. When did you buy yours? I bought mine in 2014. This is quite a weird issue, but at least marathon mode has lossless audio. No other DBZ or DBZ Kai or DBZ movies have this issue but this one specific disc. December 2013. There's no TrueHD English audio in ma...

Re: Was a statement just put out that SSJ3 Goku = Boohan!?

But if we're seriously going to justify V Jump's claim on SSJ3 Goku = Boohan then I just subscribe to the idea that Goku gained a lot more power from being brought back to life. Its worth noting that Vegeta tried fighting Pure Boo in base form after being wished back to life so maybe there's some k...
Search found 120 matches