Found an interesting picture regarding the various key faces seen for Goku. I think it is missing Maeda, Modern Toriyama, Toyotaro, and Nakatsuru but I digress. Plus it would have been nice to get the faces in all the same expression but it is close enough. If someone was willing to add the other artists that'd be pretty rad! 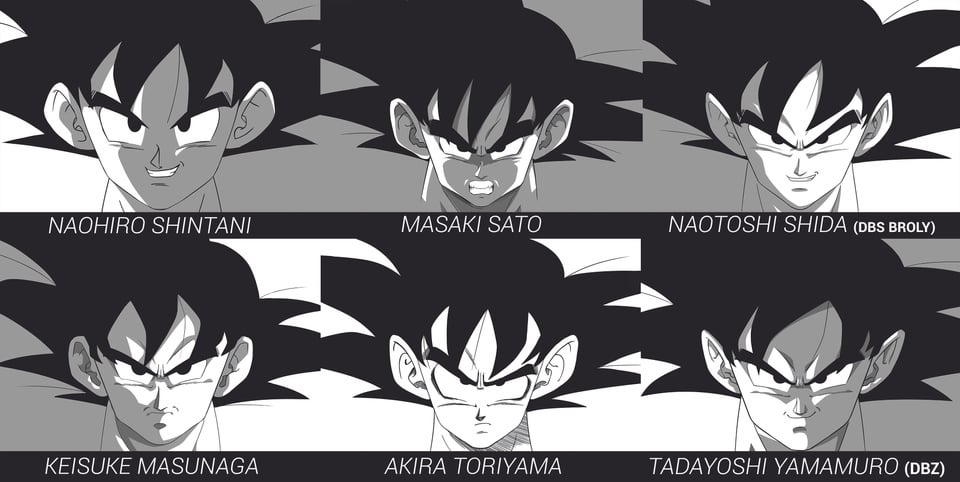 Hopefully this can spark discussion regarding style, construction of the face, and personal preference.

If you know me, you know my favourite styles come from Toriyama, Maeda, Aoshima, and Satou in the 80s. The anime looked the best from 1987-1990 in my opinion. Super: Broly is a nice homage to the old stuff while having modern Toriyama's wider and simpler faces.

Takahashi also tried to draw the various styles of Goku: 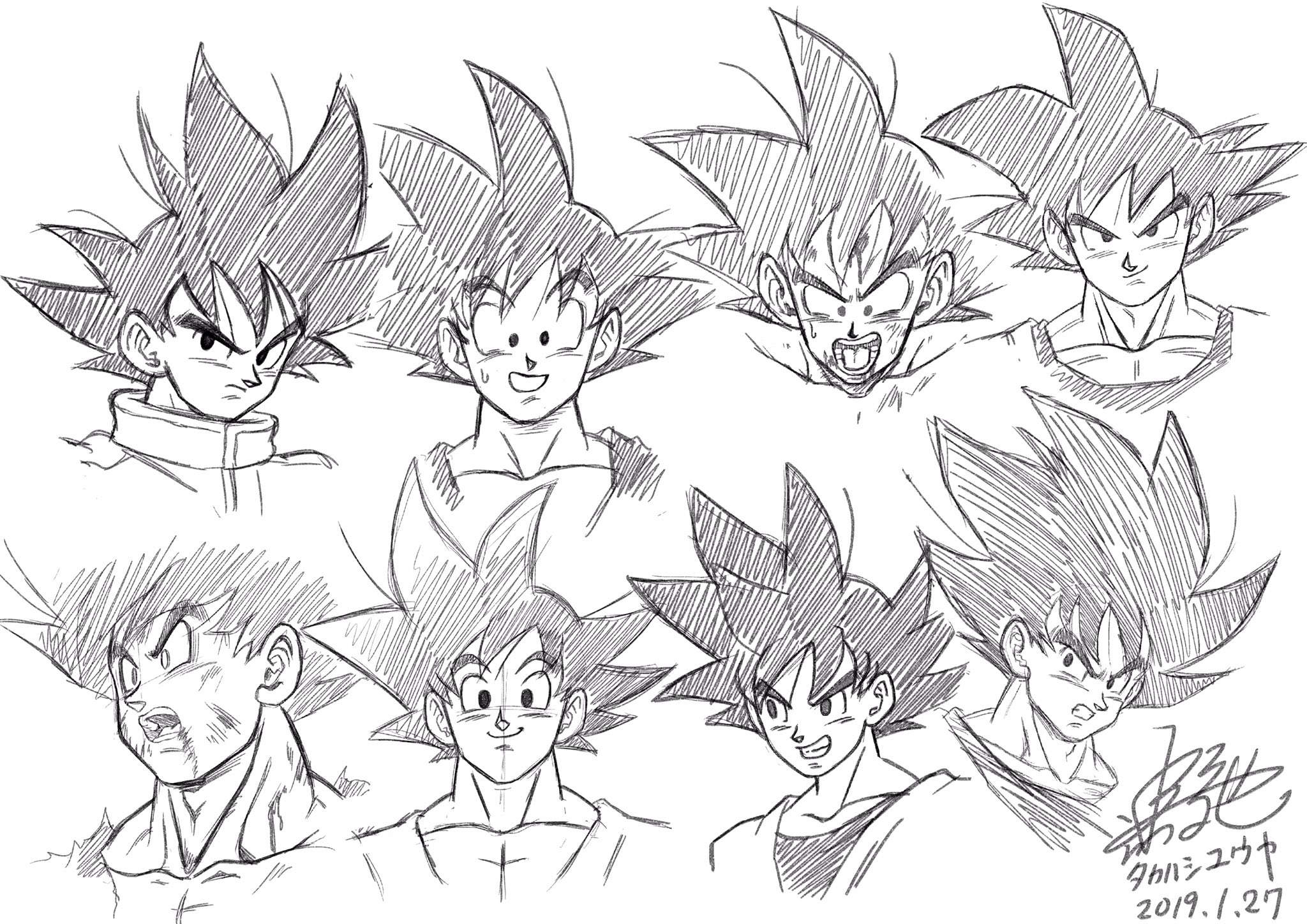 Obviously, Toriyama does it the best from the manga, haha.

DBZ Yamamuro works for more muscular characters like Mr. Satan and the ascended Super Saiyan forms, but we've talked about his modern style to death by this point in how... soulless it appears to be from the perspective of the artist (not to mention the overreliance of the GT smirk). Shintani of course is able to capture some of that older, more rounded style that's emblematic of the Saiyan/Namek arcs, and the simpler approach has plainly allowed for more quality in the actual ANIMATION and movements, rather than concentrating on drawing detail.
Top

Toriyama WAS good but these days his art is also strange looking. In some ways I see him parallel Yamamuro in terms of his designs looking much poorer than older work.
My favourite art style (and animation) outside Toriyama who worked on Dragon Ball: Katsuyoshi Nakatsuru, Masaki Satō, Minoru Maeda, Takeo Ide, Hisashi Eguchi, Katsumi Aoshima, Tomekichi Takeuchi, Masahiro Shimanuki, Kazuya Hisada
Top

Toriyama WAS good but these days his art is also strange looking. In some ways I see him parallel Yamamuro in terms of his designs looking much poorer than older work.

That's what I included "from the manga", haha. Glad to see there isn't an automatic Toriyama Pass, though.
Top

It wouldn't be a "Toriyama pass", his style since the Kanzenbans and Nekomajin is actually good.