If I had to pick just ONE favorite it would be Tenshinhan, but it's really hard to pick a favorite "version" of him. I guess it would be the Piccolo Jr / Saiyan arc look, scar and all.
Usually goes by "Kevtrev" elsewhere on the internet.
I draw stuff, including Dragon Ball fanart and an original comic!
Top

Piccolo, and I'll go with his reincarnated form.

Akira Toriyama wrote:Like many things people endlessly insist that I said, I never said this.

I think we all know my answer to this one. It's gotta be my boy Kuririn. As for my favorite version of him? I admit, I'm pretty inclined to say his young self from Dragon Ball, but if we're talking purely appearance-wise? 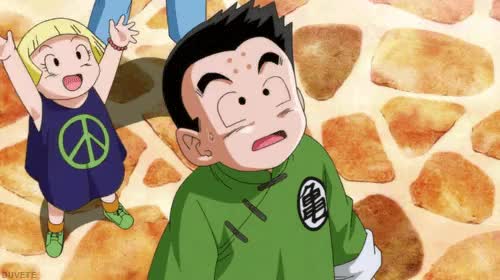 Gotta be his Battle of Gods hair and attire.
My Writing Endeavors - Twitter
"There are two kinds of folks who sit around thinking about how to kill people. Psychopaths, and mystery writers. I'm the kind that pays better." - Richard Castle, 'Castle'

Gyt Kaliba wrote: ↑
Fri May 31, 2019 10:59 pm
I think we all know my answer to this one. It's gotta be my boy Kuririn. As for my favorite version of him? I admit, I'm pretty inclined to say his young self from Dragon Ball, but if we're talking purely appearance-wise?

Gotta be his Battle of Gods hair and attire.


Better than his Boo saga era hair, for sure.
Top

It was either the Saiyan or RRA arc, but the former barely edges out.
Heroes come and go, but legends are forever.

Gohan pre-Cell Games though I still love Cell Games Gohan as well. If I had to pick a favorite one though, it’s definitely Movie 9 Gohan: continuing to train, still studies and takes it upon himself to protect people. I’ve always been a sucker for Gohan in his father’s colors.
We truly begin to live when we find something we're willing to die for
Top 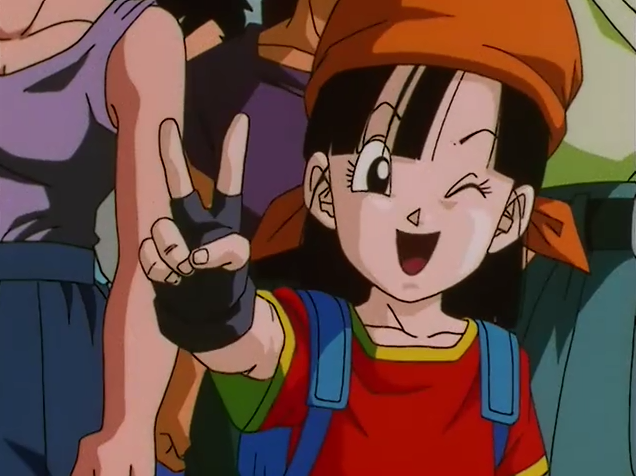 btw. i love the idea of gallery, it's very cool
"I will concede that your feelings are worthy of the mightiest of Saiyans. However, there is more to my power than just this. Before you die, I will show it to you. This is the difference in power, between the primitive Saiyans and the evolved Tsufruians." ~Baby Vegeta
Top

Definitely agreed, yeah. I appreciate his Boo saga look for what it is, and it was nice to get a change-up after so long, but between the two, his BoG look is far better.
My Writing Endeavors - Twitter
"There are two kinds of folks who sit around thinking about how to kill people. Psychopaths, and mystery writers. I'm the kind that pays better." - Richard Castle, 'Castle'

^ True, he's quite stylish with this haircut, more than with bald hair or his Boo haircut!
But I find him especially stylish when he also wears his Taco red T-shirt to go with it.
He looks very modern with those clothes and that haircut, it's undoubtedly my favorite look for Krilin!
Top

I completely agree. It's such a shame that they ditched the RoF outfits in Super after the Universe 6 tournament... They were a good representation of not just a new era, but the training under Whis and the achievements of new heights.
バーダック | [Visual Comparison] Dragon Ball Minus / Super: Broly
Top

^ Yeah, I figured that it was meant for Vegetto's reappearance at first, so that a new look wouldn't be needed for him.
But then, when things proceeded to the Tournament of Power, they didn't go back to the new costumes, so I stood corrected...

I wonder if it was a request from Toei, Shueisha or Toriyama...

There's no proof of that, but since the anime and the manga handle a same script on their own, it must have come from Toriyama, who might have said in his script "get them back to their original costumes for this new saga" so that there would be no need for a new design when Vegetto comes up.
And without further instructions on the subsequent sagas, they never went back to the new costumes, judging it was Toriyama's definitive preference.

It's also possible that Toriyama DOES prefer the old costumes in general and specifically said "I like the good old originals, no need to change anything too much".
Finally, it's also possible that Toei said "please get them to their iconic costumes, it's better for promotion" and Toriyama, Shueisha and/or Toyotaro just said okay.
Top

Cold Skin wrote: ↑
Sat Jun 01, 2019 10:54 am
Finally, it's also possible that Toei said "please get them to their iconic costumes, it's better for promotion" and Toriyama, Shueisha and/or Toyotaro just said okay.

There's always a chance that Toriyama wanted the original costumes back, but I'm willing to bet that this is what actually happened.

Besides, we came to learn that Vegetto wasn't a thing in the original story from Toriyama, but even if it was, I have a hard time believing that he wouldn't provide a design that's consistent with the new costumes.

Probably Gotenks, as utilized in the Boo arc. I get a huge kick out of the cosmically powerful eight-year-old gambit backfiring on everyone in the moment when things are most dire, and the fact that everyone's forced to pin their hopes on him regardless as the arc progresses in a fairly sincere manner. While he is a bit of a one-trick, or one-gag, pony, I do think he's been underutilized in all material since, and could definitely go for another round of Gotenks getting the spotlight just to be an insufferable ass.

I enjoy what Goku brings to the series as its protagonist; I enjoy Freeza in most if not all of his appearances for the fun of his over-the-top character. But usually when it comes down to a "favorite character," question, in terms of someone who you'd generally like to see get more to do, and whose section you await on revisits, Gotenks is the one who first comes to mind.

I guess in Super Saiyan 3, so he can really ass it up.
Top

Mark me down for Kuririn in this incarnation (23rd Budokai through Namek): 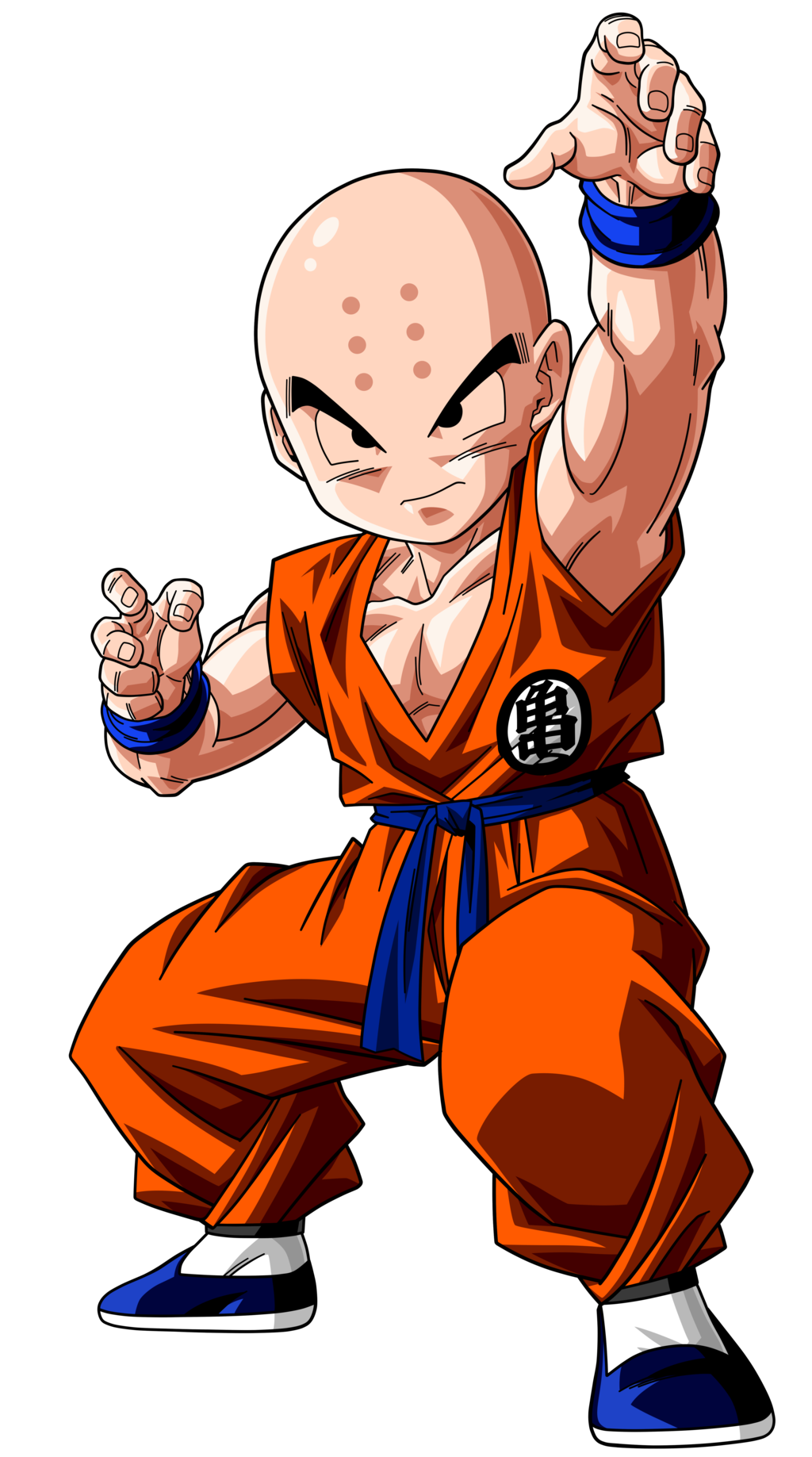 Tenshinhan (22nd Budokai through Saiya-jin), Piccolo (23rd Budokai through Boo), Muten Roshi (all of original DB and Z movie 2), Tao Pai Pai, and Freeza (the both in either their regular or cybernetic forms) are all REALLY damn close behind though.
http://80s90sdragonballart.tumblr.com/


Journey to the West, chapter 26 wrote:The strong man will meet someone stronger still:
Come to naught at last he surely will!

Zephyr wrote:And that's to say nothing of how pretty much impossible it is to capture what made the original run of the series so great. I'm in the generation of fans that started with Toonami, so I totally empathize with the feeling of having "missed the party", experiencing disappointment, and wanting to experience it myself. But I can't, that's how life is. Time is a bitch. The party is over. Kageyama, Kikuchi, and Maeda are off the sauce now; Yanami almost OD'd; Yamamoto got arrested; Toriyama's not going to light trash cans on fire and hang from the chandelier anymore. We can't get the band back together, and even if we could, everyone's either old, in poor health, or calmed way the fuck down. Best we're going to get, and are getting, is a party that's almost entirely devoid of the magic that made the original one so awesome that we even want more.

Kamiccolo9 wrote:It grinds my gears that people get "outraged" over any of this stuff. It's a fucking cartoon. If you are that determined to be angry about something, get off the internet and make a stand for something that actually matters.

Oh, no worries, you don't have to choose a character that has multiple versions, maybe your favorite character has only one version and then it's settled.

I'll take it that your actual favorite is either Beerus or Champa and not Yajirobe then.

Anyway, if no version is specified, I take it that the person means the "default" version (most frequent appearance and likely no transformation).

Hmm, in that case if I have to choose only one I think I'm gonna have to shift toward Yajirobe. I do like Beerus and Champa as a pair but good ol' Yajirobe was one of the first characters I remember really liking when I started getting into DB. And yeah, let's go with the fur vest/bearded version. Makes him look so badass. 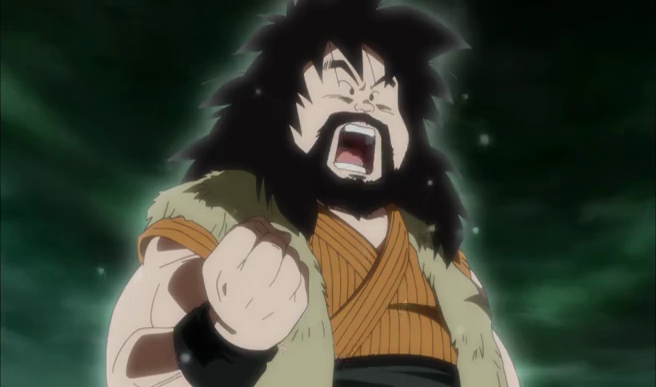 Future Gohan
Favorite version: Super Saiyan 2 front Shin Budokai Another Road where he has both arms and his scar. 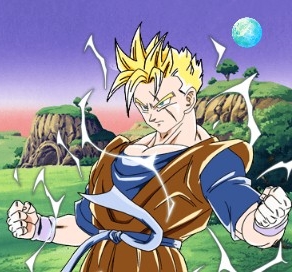 "Hey girlfriend, why don't you throw a few more punches? Afraid you might break a nail or somethin?"
Ken - Street Fighter II
Top 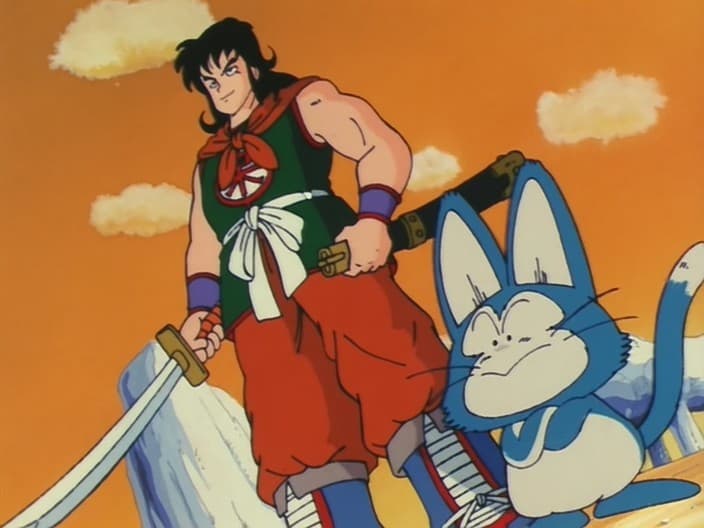 My English is poor .
Top

Beerus in the Battle Of Gods movie.

I'm not too surprised that Lord Beerus' favorite character is Beerus or that Hyena_Yamcha's favorite is Yamcha, but that's the kind of stuff that still needs confirmation.

After all, some people might have changed their minds since the time they chose a user name.
Plus, I still need specifications about their favorite appearance in any case (otherwise, how could I know if Lord Beerus' favorite appearance of the character was the pyjamas attire for example?)

Members being named Son_Gohan, WhisPL or VegettoEX don't necessarily mean they have Gohan, Whis and Vegetto as their respective favorites in the end. But sometimes at least, it does correlate and shows that even with years going by and tons of new characters/appearances being added, they still haven't changed their favorite over time, which kinda shows the durability of those characters' charisma!
Top
Post Reply