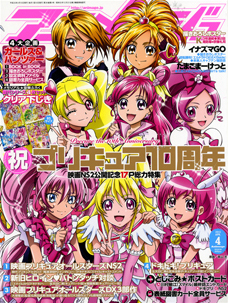 Dragon Ball Z returns to the screen after 17 years with a “completely original story”!
We hit up Masako Nozawa, a name closely linked to the series, for the highlights!

A few years after the battle with Devil Boo1 that determined the fate of the universe, danger once again pays a visit to the Earth that had returned to peace! The enemy this time is Beerus, God of Destruction. Just how can the warriors of earth stand against someone who possesses the power to defeat even Goku as a Super Saiyan 3?! The strongest enemy in the history of Dragon Ball Z takes the stage! The super-battle that unfolds to the insert-song handled by FLOW gets full marks for intensity, but familiar characters getting together is also a nice point. Among them are characters who are appearing for the first time in a long while, such as the Pilaf gang, helping to enliven the festive feeling of “the first new theatrical work in 17 years”.

The comfortingly-familiar-yet-brand-new Dragon Ball Z is opening soon. Let’s hurry to the theater to meet up with the Dragon Ball family, starting with Goku!

Together with Goku, Even Now
Masako Nozawa: Interview

First, tell us about your impression when you heard about “the production of a new theatrical movie”.
I was genuinely happy, because it meant I’d be able to see everyone in the theater for the first time in 17 years. Except, [the feeling of] “All right!” was surprisingly absent. Having said that, it’s because, even after GT ended its broadcast, there have also been things like Dragon Ball Kai and games, so I haven’t felt in the slightest that Dragon Ball actually ended anywhere. I have the sense that the character of Goku is always with me.
What sort of points are the highlights of the movie?
The story starts with a party being held at Bulma’s house; it’s really nice to have so many familiar faces in one place, with the “Toriyama World” family gathered together. There’s background chatter [in the movie]; with normal chatter, you often use a completely different voice from the character you’re playing, but this time, we did the chatter in each character’s voice. Having the characters talking from the background, even though they aren’t shown on the screen, might be an audio highlight, as well.
New characters will appear in the film, as well.
It’s enjoyable to be having a party with everyone, but the two main characters are the kind of people who would just brazenly crash it. They’re absent-minded, and although [the movie] comes with the sub-title “Battle of Gods”2, they’re these sort of cute characters you can’t hate, who have the feeling of, “are you really a god?”
The fact that Toriyama-sensei is involved with the production is also something for the fans to be happy about.
This time, I had a chance to talk with Toriyama-sensei. He told me how Goku’s offhand line after the climactic battle was just so Goku, and that with this, Goku could keep on living from now on; I was absolutely ecstaic about that. The enemy this time is a lovable character you can’t hate, so nobody’s going to die the way they did with Freeza and Cell. With its gag-scenes, and nice little scenes with Vegeta acting fatherly, I believe [this movie] is a heartwarming, Toriyama-sensei-esque work. Goku is very much like himself, and I myself like the story this time very much.
This was the first new movie in 17 years. Would you like to voice a new Goku again?
I wasn’t aware of it until I was asked. Naturally, I would like to; I always want to play Goku, and I believe he’s always together with me. This time it was a theatrical release, but even in TV or video games, I’d like to give a new story a shot. I mean, Goku is that sort of character, isn’t he? He doesn’t act all big and important after defeating an enemy, and I believe he’s a pacifist at heart, but he can’t allow himself not to challenge a strong foe — I believe that’s because he keeps on challenging himself, so being the one playing him, I also want to keep challenging [myself].
Perhaps it’s precisely because Goku is that kind of character that both you and the creators are also pulled along, Nozawa-san.
Yes, it’s exactly because Goku is someone who is always challenging strong enemies, and challenging himself. Even now, Goku and I will keep on living together, and work to get into the Guinness Book together. (laughs) This movie is also something wonderful that won’t let the fans’ expectations down, so by all means, I’d like you to come to the theater with a feeling of excitement, and enjoy it with family, friends, everyone.

FLOW’s COMMENT
Adding in “our sound”, while respecting the original song

Both as fans and as a band, we are incredibly happy and honored to have had the privilege of working on the theme and the insert song for Dragon Ball now!! We grew up watching Dragon Ball. When we were kids, we simply admired Goku’s strength, and got excitement from his adventures, and even in junior high and high school, we were attracted to the friendship between the characters in the story, the struggle between good and evil, and the sense of pride. We believe it’s an amazing work that hasn’t faded one bit, even watching it again now.

And as for “CHA-LA HEAD-CHA-LA”, with Hironobu Kageyama’s voice and Yukinojō Mori’s lyrics, we immediately memorized it, and sang it together. Now, having been given the honor of handling the song, being fans of both the work and the song itself, while we of course felt that we didn’t want to ruin it, we didn’t want to over think things either, so we covered it with an awareness of wanting to bring out everything that makes us FLOW: our dual vocals, our band sound, our aggressiveness, our sense of speed. We will also be glad if our insert song, “Hero: Song of Hope”, is able to liven up the feeling both the movie and everyone watching.

Being the first new work in 17 years, we’re expecting new developments, so we hope we can liven things up together. We, as FLOW, are also looking at a monumental year, at ten whole years since our debut. Starting in April, we’ll be touring across all 47 prefectures in Japan. By all means, please come see us.

FLOW LIVE TOUR 2013: “Tour THE MAX” will start off at Chiba LOOK on 12 April. For details, visit their official site: http://www.flow.mu

The following translator notes are included for the benefit of the reader as supplemental information.
1The character’s name is written with the wrong combination of kanji. 魔神 can still be read as majin (in this case translating to “devil”), but the character’s name should be written with a different set: 魔人.
2The title of the movie used by Masako Nozawa is its Japanese-language title, 『神と神』 (“Kami to Kami” or “God and God”).
English Translation: SaiyaJedi
« Previous Page
Translations Archive