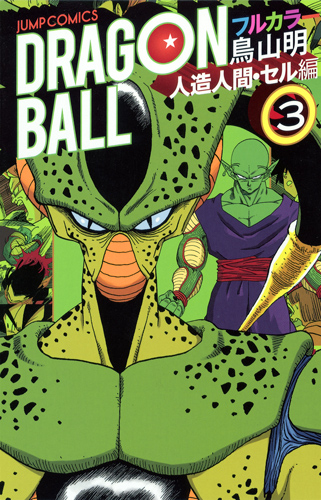 Let’s check the scenes from the “Artificial Humans & Cell Arc” that are on your mind! We’ll answer the naïve questions from all you readers.
Q1: Where is God’s temple?
It’s far up in the sky!
Floating up in the sky, high above the clouds, the temple where God lives has a spacious garden and the Room of Spirit and Time.
Q2: When did Goku enter the Room of Spirit and Time?
When he trained at God’s place as a boy!
When he was training to fight against Piccolo, he entered the Room of Spirit and Time. His height also shot right up!
Q3: What sort of things does God normally do?
He watches over the situation in the Lower Realm!
He watches over the people and events on Earth. He has also borrowed another person’s body and competed in the Tenka’ichi Budōkai!

Q4: Was there a model for Artificial Human No. 16?
Dr. Gero’s son!
The model for No. 16 was Dr. Gero’s son, who died young long ago. He was a high-ranking soldier in the Red Ribbon Army, but he was felled by an enemy bullet. Having a special place in his heart for his own child, Gero gave No. 16 great power and a fearsome explosive mechanism1, but not wanting him to be destroyed in battle if possible, he gave him a gentle personality, which caused No. 16 to become a failure.
Q5: Was there a model for Artificial Human No. 19?
No. 19’s model was a doll!
The model for No. 19 was a doll that was displayed in the command center of an enemy base. Way back when, Dr. Gero took it back with him as a war trophy.

1 We assume that this refers to the “Hell’s Flash” weapons contained within his arms, since the self-destruct mechanism was not unique to No. 16. On the other hand, Toriyama may simply have forgotten.
English Translation: SaiyaJedi
« Previous Page
Translations Archive