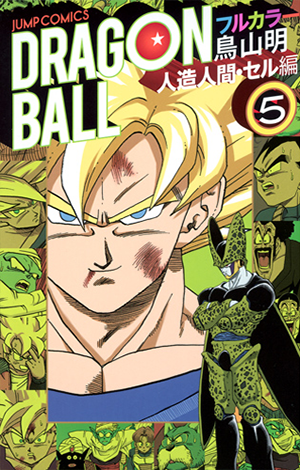 Explaining in detail about scenes and characters from the “Artificial Humans & Cell Arc” that are on your mind
Q1: Who made the Dragon Balls?
God did it!
There were originally some on Planet Namek, and after coming from Planet Namek, God made Earth’s Shenlong!

Q2: Who’s this “King” guy?
A high-ranking person who stands at the summit of Earthly politics!
Though his kingly throne was stolen by Piccolo Daimaō, he became King once more thanks to Goku defeating Piccolo. He’s a splendid person, even if he does look like a dog.
Q3: Is Mister Satan strong?
He’s strong compared to regular people!
Though his strength’s not on the same level as Goku and co., he’s at least able to break 14 tiles, so he’s strong enough in his own right.

Q4: Is “Mister Satan” his real name?
It’s a ring name!
I gave him a ring name that was reminiscent of a pro grappler. His real name is “Mark”1. Since the region where Satan lives doesn’t split up names into given names and family names, his name is simply “Mark”.
Artificial Humans & Cell Arc: Inside Scoop
Satan’s car has a chauffeur!
Satan was actually rich at this point, so the car he rode in to the Cell Games arena had a chauffeur. I think he was selling some kind of “Satan goods”, and they were quite profitable.

1 This is the same answer given by Toriyama in 2009’s Super Exciting Guide: Character Volume. The name “Mark” (マーク) is an anagram of akuma (悪魔) or “devil”.
English Translation: Herms
« Previous Page
Translations Archive