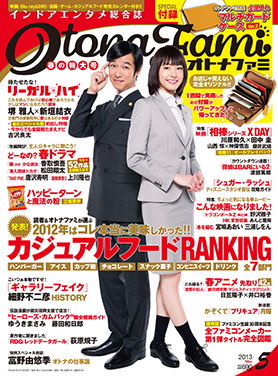 Chair of Troupe Moonlight. In addition to animation, she has also been active in a wide range of areas such as [film & TV] dubs, narration, and dramatic readings. She is known for a a large number of animated works, such as GeGeGe no Kitarō (as Kitarō) and Galaxy Express 999 (as Tetsurō Hoshino).

“I’ve lived these 27 years together with Goku”

What were your feelings when you heard about the [new] movie?
Naturally, I was happy. Only, it didn’t have the feeling of “Whoa! Amazing, what should I do?” Even after the broadcast ended1, I’ve lived this whole time together with Goku, so my feeling was the excitement that “I’ll be able to see everyone again on the screen”.
In this work, the Dragon Ball characters, who need no introduction, are brought together with an all-star cast; what was it like at the recording?
There were a lot of people who hadn’t done it in a long time, and every time we spotted them on-screen in the studio, we rejoiced at the reunion: “Whoa, there they are!” (laughs) But once the recording started, the atmosphere returned to how it was back then in an instant, and it was amazing how it didn’t feel like any time had passed at all. The only thing that was a shame was that the schedules of the guests, Yamadera-kun and Morita-kun, just wouldn’t line up, so we weren’t able to record together.
Whaa? Your interactions had amazing chemistry.
We’d worked together a number of times before, so I performed as though the two of us were right there, [figuring] that Yamadera-kun would probably do it like so. Even so, I really was a bit uneasy, but the other day I saw the finished version at the “zeroth” preview screening, and it was incredibly dead-on, so I was relieved.
I hear that you were together with Toriyama-sensei at the preview screening for people connected to the movie; how was his reaction?
Right then and there, Toriyama-sensei gave it his seal of approval, saying, “It was incredibly good. It’s enjoyable, just like I thought.” The preview screening was mostly staff, and even though it was so unbelievably funny, none of them would so much as crack a smile. When I asked afterwards, they told me, “There’s no way we would laugh in front of you and Toriyama-sensei watching the film together, Nozawa-san“. (laughs) For the staff, it was also the day of Toriyama-sensei‘s check [of the movie], so they were probably nervous.
Toriyama-sensei has been deeply involved in production; what parts did you feel yourself feel were like Sensei, Nozawa-san?
All of them. All of it was the Toriyama World. Such as, even though there’s a God of Destruction, he’s actually a hoot of a character, and yet he can still get straight down to business; that dissonance is something that’s unique to Sensei.
There were many comedic scenes that were reminiscent of early Dragon Ball.
I like the scene where Kaiō yells at Goku, so he forces himself to use polite speech with, “Nice t’meetcha… Sir”2. It truly is a Goku-esque line; even though he’s gotten stronger, nothing’s changed on the inside. At first, he’s hopelessly beaten, but even so, he never despairs, and the next moment, he’s training to become even stronger; that’s who Goku is. In this movie, his feeling of purely wanting to fight against a strong guy is brought out, which I feel was closer to Goku when he was a boy.
Did you record all three parts at once for the movie, the same way you did for the TV show?
Yes. When the visuals change, I instantly change characters, so I’m not very conscious of it, but my younger peers tell me, “Please stop doing that like it’s no big deal”. They say it’d be tough for them if people thought that was the norm. (laughs)
Lastly, please tell us once more about the appeal of the first theatrical movie in 17 years.
The comedy and the battles are both just unbelievable, so please just watch it with excitement. I believe Dragon Ball will continue on forever, so please support Goku, who will continue to challenge [himself].

The following translator notes are included for the benefit of the reader as supplemental information.
1 Referring to the original series of TV broadcasts up through Dragon Ball GT.
2 “Yoroshiku na… desu”
English Translation: SaiyaJedi
Back to Previous Page