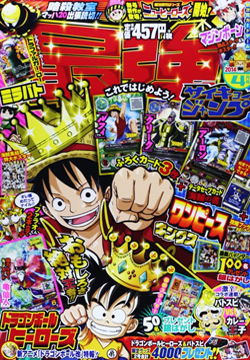 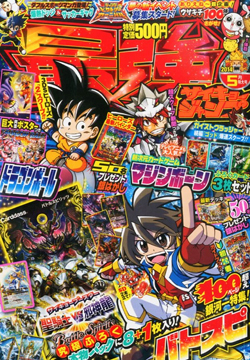 What is the origin of the name of “scouter”?!1
In the military realm, the word “scout” refers to “reconnaissance”. For example, a reconnaissance vehicle would be called a “scout car”. I tweaked that “scout” and gave it its name. In other words, it’s a useful tool for the purposes of information-gathering.
Why did you come up with the “scouter” item?2
My number-one goal in coming up with it was because, if an opponent’s strength could be seen as a number, it would be very easy for the readers to understand when I put it in the comic. However, I could foresee that it’d be an inconvenience for me down the line, because if you knew a concrete number, then you could tell who would win or lose, so with regards to Goku & co., I decided that [their power] would change due to “Ki” and couldn’t be adequately measured.

In addition, it’s a very convenient item to create peril, since with enemies equipped with them, their location could become known, and they could be reported.

The following translator notes are included for the benefit of the reader as supplemental information.
1 Originally printed on page 58 of the April 2014 Saikyō Jump issue (released 04 March 2014) in Japan
2 Originally printed on page 148 of the May 2014 Saikyō Jump issue (released 02 April 2014) in Japan
English Translation: SaiyaJedi
« Previous Page
Translations Archive