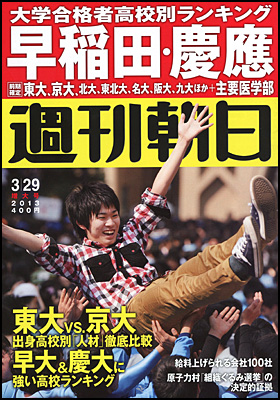 The one assuming the pose of the finishing technique unleashed by Dragon Ball‘s main character, Son Goku, is the pride of Japan’s voice-acting world, Masako Nozawa-san.

From GeGeGe no Kitarō, to Tetsurō in Galaxy Express 999, Inakappe Taishō, and Goku, Gohan, and Goten….

What is the secret of the throat that’s given voice to the heroes of such a wide range of generations?

How about after that?

The female editor in charge of editing my page is not so much a fan as a Dragon Ball otaku. After [the interview] finished, she shamelessly asked Nozawa-san to shake her hand.

The young man of a photographer was also quite moved, if I remember correctly: “To think that I’d get to meet Nozawa-san….” To the fans, she truly is someone akin to “God”.

Nozawa-san‘s voice is well-known even to members of my generation, but this was the first time I’d met her. Clothes included, her sheer glamour really was that of an actress. A truly charming person, the expression on her face constantly changing. I think [to hear] her voice alone is such a waste, but for a person of this caliber to be performing with just her voice is truly incredible.

Be that as it may, I always thought that they used a real raccoon for the voice of Rascal. To think that the voice behind that sad-sounding “kuu—n” was Nozawa-san all along.

The following translator notes are included for the benefit of the reader as supplemental information.
1 No relation to Masako Nozawa herself, although he did act opposite her as the villain Lucifer in the second Dragon Ball theatrical film.
2 She was born 25 October 1936, making her 76 at the time of the interview.
3 The traditionally working-class areas of Tokyo, whose residents are seen as being plain-spoken and unpretentious.
4 You actually can die from this, if you use unsterilized water containing the amoeba Naegleria fowleri. This organism causes primary amoebic meningoencephalitis, which is over 95% fatal. Always use distilled or sterilized water for nasal irrigation.
English Translation: SaiyaJedi
« Previous Page
Translations Archive