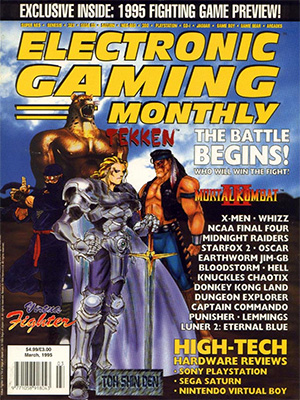 Dragonball Z is one of the most watched cartoon series in Japan. The story line is very intricate. Explaining a few support characters and their relation to each other will show you this intricacy. (This is the basic story from the cartoon series.) Gokou is the main character, who is from another planet and a race called the Saiyans. Cell is the main bad guy, the strongest living thing in the galaxy, who is made up of cells from a number of super warriors. Gokou and Cell fought and nearly wiped out the entire planet. In this fight many people join in, and Gokou dies, only to return later. There are many reporters covering the fight, but only one piece of tape survives.1 This tape shows a man named Satan kicking Cell. Satan is the world champion of martial arts. He says he has a never-wielding body and the highest level of intelligence. Satan is hailed as a national hero, but in reality, he is a coward. Trunks is the son of Vegeta, who used to be bitter enemies with Gokou but they have made up. Piccolo’s son was saved by Gokou, so Piccolo owes him his life.2 However, when Gokou is thought to have been killed, Piccolo takes care of Gokou’s son, Gohan. It seems like Japanese cartoons are not unlike our soap operas. There are 10 characters to choose from in all. Each character has access to seven special moves. A slight twist is that these special moves were designed for the game, and the characters cannot do them in the show. The action voices for the game are done by the same voice-actors and actresses who do the TV series. The same sound effects are used as well. Unfortunately, the series is not popular here, so this game will probably not show up on these shores. 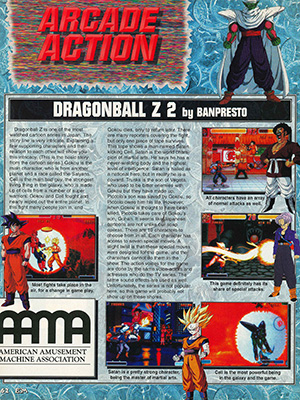 The following historical notes are included for the benefit of the reader as supplemental information and were not originally published in the book.
1 The article’s author seems to be extrapolating and making up information — without proper context — based on the fake reenactment footage shown at the 25th Tenka’ichi Budōkai.
2 Likely just an oversimplification of Goku sparing Piccolo Junior’s life at the 23rd Tenka’ichi Budōkai following Goku’s defeat of Demon King Piccolo in the prior story arc.
Transcription & Notes: VegettoEX
« Previous Page
Press Archive