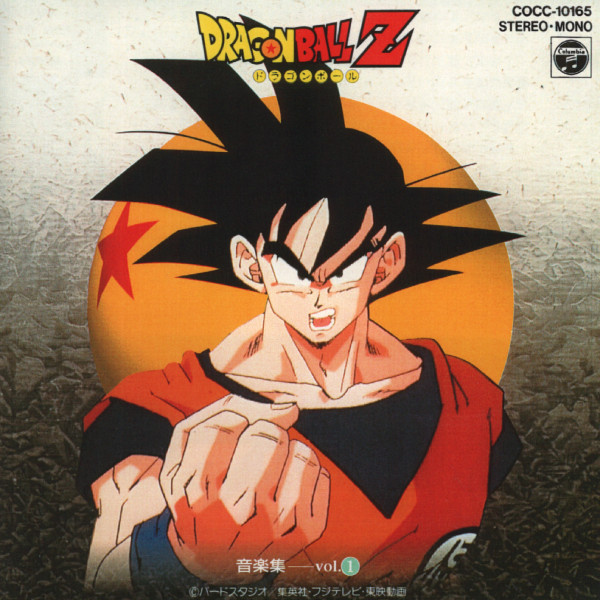 Thanks to all the fans, the Dragon Ball television broadcast constantly surpassed viewership ratings of 20% and managed to enter its seventh year1 while remaining as popular as ever. And the theatrical films, counting the one that premiered just this summer, already number ten in total1.

One of the main factors behind that popularity is the music by Mr. Shunsuke Kikuchi, which brings to life various concepts from the original work.

In the original work penned by Mr. Akira Toriyama, we have lots of peculiar characters, a ton of fast-paced action scenes and unexpected story developments, not to mention loads of both laughs and tears. And in order to convey those scenes and cuts accurately, music is something we cannot do without.

Dragon Ball entered its seventh year. Mr. Shunsuke Kikuchi has already composed well over 300 pieces for this anime. To have so many pieces and such an abundance of motifs, even amongst the numerous animated shows currently airing, is nothing short of astounding.

Back when I first joined Toei Animation, someone was constantly humming the verse “In the jungle of the white mat…” in the staff room. That was a verse from Tiger Mask, the fieriest of fiery sports anime, and the first one I got involved with at Toei Animation, as an assistant director. And its composer was none other than Mr. Shunsuke Kikuchi.

From a fateful encounter, I was given the chance to work together on numerous productions such as Getter Robo, Grendizer, as well as Danguard Ace, and ended up becoming the biggest fan of anything Mr. Kikuchi has worked on. Now that the Dragon Ball Z BGM album has come out, no-one could be happier than me.

The following translator notes are included for the benefit of the reader as supplemental information.
1 The Dragon Ball Z: Ongakushū Vol. 1 was released on 21 August 1992, which is indeed the seventh year of the overall broadcast of the Dragon Ball TV series, which first aired on 26 February 1986, and shortly after the premiere of the seventh Dragon Ball Z movie (Extreme Battle!! The Three Great Super Saiyans), which, counting the three Dragon Ball films that came before the “Z”-era, is indeed the tenth movie overall.
2 Later Chairman of the Board at Toei Animation
English Translation: Zénpai
« Previous Page
Translations Archive