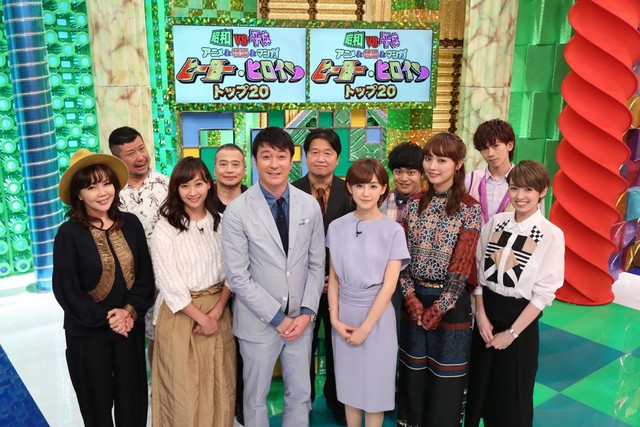 Even though I knew that battle manga went over well with readers of shōnen manga, I still stubbornly decided to do a Journey to the West adventure manga. Since it’d be a bit drab to just leave things as-is, I changed the monkey to a human with a tail and started off a modified version of Journey to the West where they search for the seven Dragon Balls.

But sure enough it didn’t get very popular, so I had no choice but to obediently change course to a battle-centric manga. Afterwards I got rid of the tail (it was in the way)1 and so in the end only the name “Son Goku” remained.

Thank you very much for selecting that Goku as the number one strongest hero!! 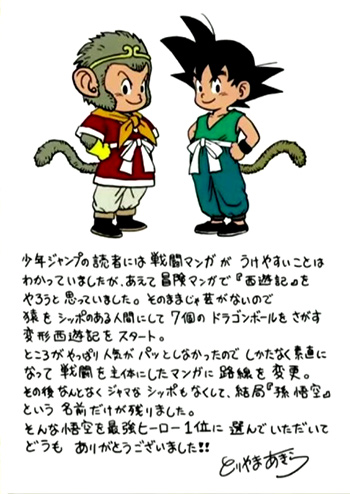 1 Akira Toriyama has commented before how he used the tail as a defining or distinguishing feature for Son Goku, but found it to be a “nuisance” and “couldn’t stand” drawing it; in the end, he came up with an excuse in-universe to stop drawing it as a part of the character!
English Translation: Herms
« Previous Page
Translations Archive