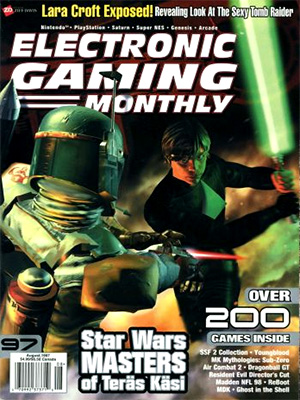 The popularity of Dragonball pushes far past the boundaries of Japan. Here in the U.S., enthusiasts have been passed up every time a Dragonball video game has dared to hit the drawing board. Hopefully, sometime later this year, Bandai will allow their latest Dragonball title, Dragonball GT to hit the States. There are One- and Two-player Modes that allow selection of any of the 12 popular Dragonball characters such as Vegita, Piccolo and Son Goku. Dragonball GT features multiple levels of flying combat as well as on-the-ground warfare. Players who had the chance to try other Dragonball titles (such as the three for Super Famicom) will remember the charging and highly devastating moves that destroying your opponent’s power bar. These have also been included in the U.S. release. 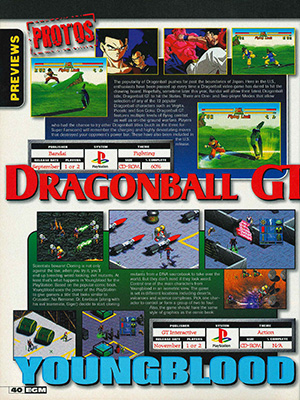