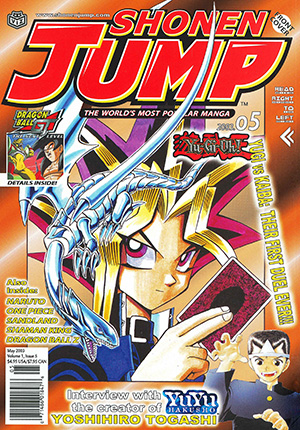 Z isn’t the final letter in the Dragon Ball saga, at least in the world of anime. Even after Akira Toriyama finished his last page of the epic manga, public demand for piping-hot Goku remained strong. Toei Animation stepped in to meet the need with Dragon Ball GT (“Grand Tour”), an original animated series that picks up the story ten years1 after the conclusion of Dragon Ball Z. Now that DBZ has run its course in the U.S., FUNimation has begun to release DBGT videos in English for American Gokuholics.

In the decade after the defeat of Majin Boo, peace has prevailed in the world–and the heroes who saved it quietly grew older. As Affliction begins, the good times are about to end: Pilaf–a villain from Dragon Ball–has assembled the Dragon Balls, and his plan to rule the world is about to come to fruition. Fortunately/unfortunately, Goku stumbles onto the scene at just the right/wrong moment, and Pilaf accidentally wishes Goku were smaller. Poof! Goku becomes a kid again, and whimsical wackiness ensues. The action quickly moves to the machine planet known as M2,2 where Dr. Myuu is cooking up a deadly experiment for Goku and Trunks. Pan–Goku’s granddaughter–is on her way to save them, and…she gets caught, too.

Meanwhile, another villain named General–don’t laugh–Rilldo has his own nefarious plans, which are revealed in Incubation. What foul beast will Dr. Myuu hatch using the Saiyan power of his captives? It’s insane, it’s terrifying, it’s… Dragon Ball GT, now in stores!

The following historical notes are included for the benefit of the reader as supplemental information and were not originally published in the book.
1 While marketing material from FUNimation indicates the show takes place ten years after the end of the original series, all information from Toei themselves places the series only five years later.
2 In FUNimation’s original single-volume release of Dragon Ball GT (previewed here), they began with an original recap episode before suddenly jumping to episode sixteen. The first fifteen episodes were later released under the “Lost Episodes” moniker.
Transcription & Notes: VegettoEX
« Previous Page
Press Archive