Dragon Ball Heroes: Ultimate Mission for the Japanese Nintendo 3DS drops a little bit in sales this week, but continues to maintain its hold on the charts (and gamers’ hearts). The game pushed another 3,957 copies last week (the period of 17 June 2013 to 23 June 2013), its 17th week since release. According to Media Create, the game has sold 212,273 total copies. 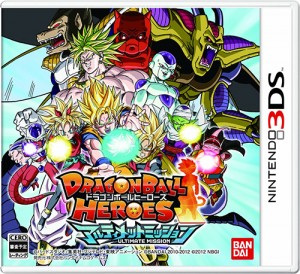