The latest addition to our “Press Archive” is another fun blast-from-the-past: an Internal Correspondence article from the April 1995 issue announcing the forthcoming syndication broadcast debut of the original Dragon Ball television series from FUNimation. 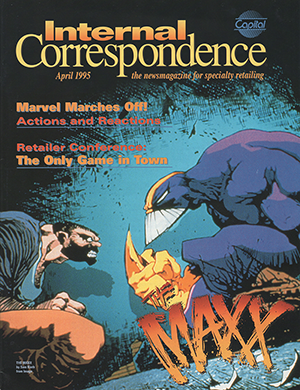 The article is also noteworthy for mentioning Viz’s ongoing negotiations for their Dragon Ball manga license, which was still almost three years off from this point.

Enjoy this article over in our “Press Archive” along with over 100 other historical articles and columns from trade publications as well as video game and anime magazines of the era.