Europe has an interesting history with the Dragon Ball franchise. Countries like Spain, Italy, and France imported the series early on and have been enjoying it for many years with multiple home video releases. The UK has always been the odd-man-out over there, though — despite the entire series airing on television via an English dub, it never stuck around, and never received a proper home video release. Manga Entertainment is looking to finally change that with their release of the Dragon Ball Z TV series via FUNimation’s orange bricks. Jerome Mazandarani, Manga’s Head of Marketing & Acquisitions, joins us to talk about what took the series so long over there and where they hope to go from here. 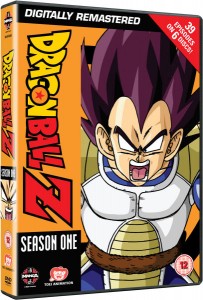 SHOW DESCRIPTION:
Episode #0296! VegettoEX and Hujio discuss a little bit of international news before taking it over to an interview with Jerome Mazandarani, Manga Entertainment’s Head of Marketing and Acquisitions. The “Dragon Ball Z” TV series is finally seeing a home release in the UK, but what took it so long to come out, and where can the series go from here?

Discuss this episode on the Kanzenshuu forum!