A very short teaser for the upcoming Dragon Ball Z movie was shown at this year’s Saikyō V-Jump Festa late Saturday (7/21) afternoon in Japan. The teaser came at the end of the Dragon Ball Heroes stage presentation and was documented on Twitter by V-Jump’s official account, noting that it was the “world’s first public clip” of the new Dragon Ball Z movie set to premiere on 30 March 2013. 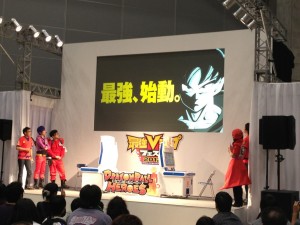 Just two minutes later Sasaki Hisashi, former editor and chief of Weekly Shōnen Jump, posted another photo of the teaser on his personal Twitter account, commenting that this was the “world’s fastest preview of the latest Dragon Ball movie”. 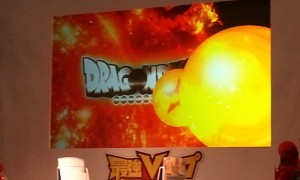 So far the actual video of this first teaser trailer is not available online.