With the “super attack warrior” SSGSS Vegeta, timing your button-presses when using his special attack will result in much more damage being dealt. Kaiōshin is “an outstanding support character” as well as a “super technical warrior” who controls the field by creating barriers that have various, different effects. 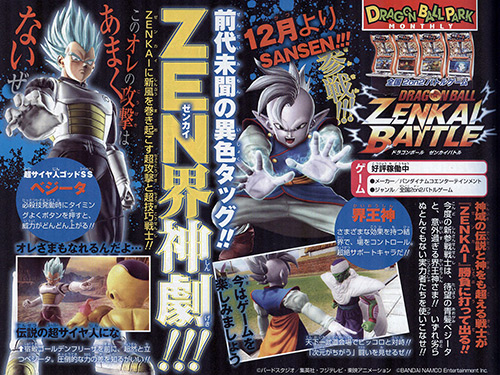 Both Super Saiyan 3 Goku and Vegeta were recently added during the game’s 3.0 Zenkai Battle update. Originally titled Zenkai Battle Royale, the game first test-launched in Japanese arcades at the end of 2010 and, while it has continued to receive constant updates since then, has not had a home port announced.