The Italian branch of WIRED has posted an interview with Toyotarō — illustrator of the Dragon Ball Super manga — in conjunction with the Napoli Comicon. In the interview, Toyotarō speaks about his childhood love of the franchise, working on the series now in an official capacity, and teases information about where the current “Universe Survival arc” may be going. 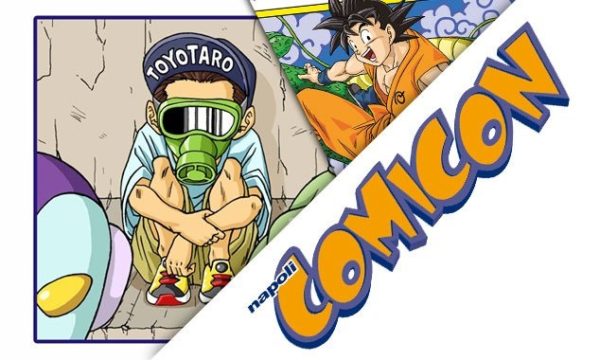 Forum-goer ciccioDM has provided an English translation of their own on our board. Perhaps most interestingly, the interview wraps up with a tease about the series’ current lineup:

I can only say this: do not think you already know the definitive teams for the upcoming Tournament of Power. Even if they have been already revealed.

The Dragon Ball Super “comicalization” began in June 2015 as a promotional tie-in for the television series. The manga runs monthly in Shueisha’s V-Jump magazine, with the series’ twenty-third chapter coming last month in the magazine’s June 2017 issue; the chapter was published digitally in English the same day by Viz. Illustrated by “Toyotarō” (in all likelihood, a second pen-name used by Dragon Ball AF fan manga author and illustrator “Toyble”), the Dragon Ball Super manga covered the Battle of Gods re-telling, skipped the Resurrection ‘F’ re-telling, and “charged ahead” to the Champa arc to act as further promotion for the television series. Viz is currently releasing free digital chapters of the series; the first print volume was released 02 May 2017.

The Dragon Ball Super television series now receives weekly simulcast streams on services such as Crunchyroll and Daisuki. FUNimation has also announced their American distribution license for the series, with the English dub beginning earlier this year on Cartoon Network, and a home release set to begin in July.