Toei Animation and Japanese musical group OnePixcel have announced that their song “LAGRIMA” — the group’s “major debut single” — will take over as the eleventh ending theme song for the Dragon Ball Super television series beginning in January 2018. 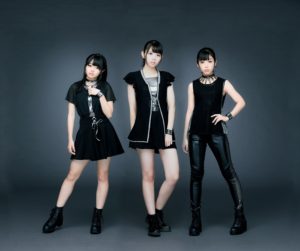 A CD single for the song has yet to be detailed.

CDs for the show’s first ten ending themes — “Hello Hello Hello” by Good Morning America, “Starring Star” by KEYTALK, “Light Pink” by LACCO TOWER, “Forever Dreaming” by Czecho no Republic, “Easy-Going Dance” by Batten Showjo Tai, “Fried Rice Music” by Arukara, “An Evil Angel and Righteous Devil” by THE COLLECTORS, “Boogie Back” by Miyu Inoue, “Far Away” by Lacco Tower, and “By a 70cm Square Window” by ROTTENGRAFFTY — have been released.