The official Dragon Ball website’s eighty-sixth entry in “The Nearly Complete Works of Akira Toriyama” — an on-going series highlighting rare and important pieces of the author’s work over the years — is a page from the very first issue of V-Jump during its original trial run, released in November 1990, showing the birth of Toriyama’s V-Jump mascot, “V-Long” (V龍 Buiron). 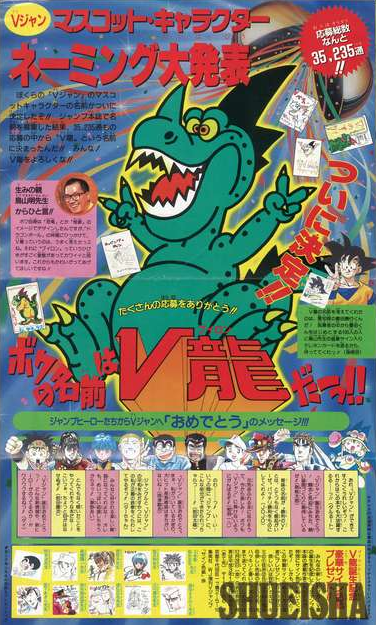 Toriyama designed the mascot along the lines of a dinosaur or kaiju, and the name itself was a rather obvious riff on Shenlong from Dragon Ball.