Alongside character announcements from the Yu Yu Hakusho franchise, Bandai Namco also announced items players can receive for pre-ordering the game, including Freeza’s hover chair as a lobby vehicle and three costumes representing the One Piece, Dragon Ball, and Naruto series, respectively. 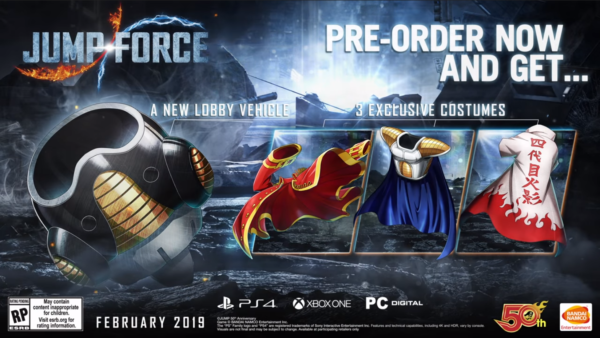 Additionally, a collector’s edition will be available packaging the retail game, three art boards (representing the same three, core franchises), a steelbook case, and an “exclusive diorama” with Naruto, Luffy, and Goku. 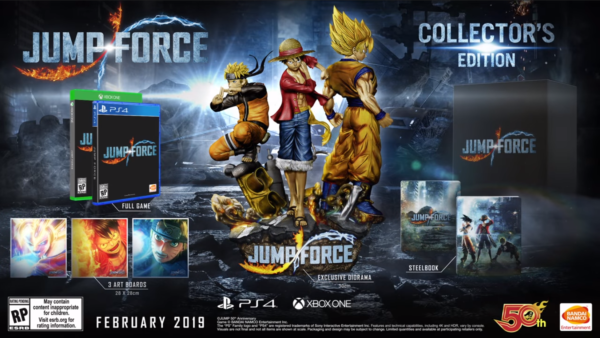 Alongside a slew of characters from other Jump franchises, previously-revealed Dragon Ball characters include Son Goku (with Super Saiyan God Super Saiyan), Freeza, and Vegeta. 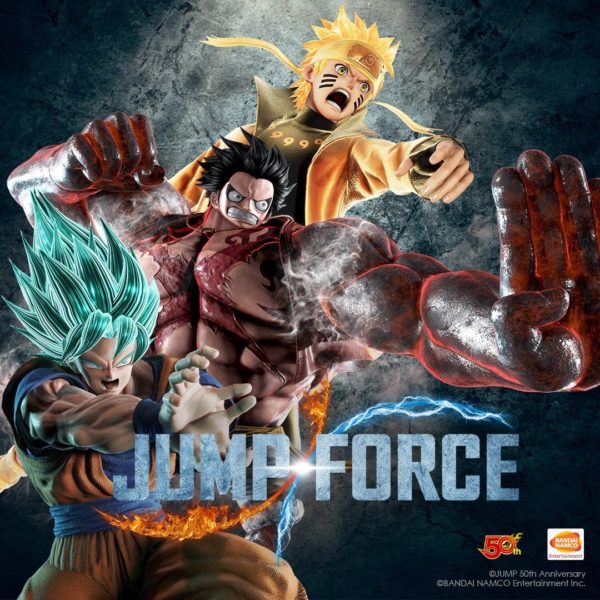 Jump Force, a crossover fighting game in celebration of Jump‘s 50th anniversary, is slated for a worldwide release on the PlayStation 4, Xbox One, and PC (via Steam) in February 2019. The game’s North American release is available for pre-order at Amazon.