Super Dragon Ball Heroes: World Mission for the Nintendo Switch has been listed on the Australian government’s Department of Communications and the Arts website with rating information: 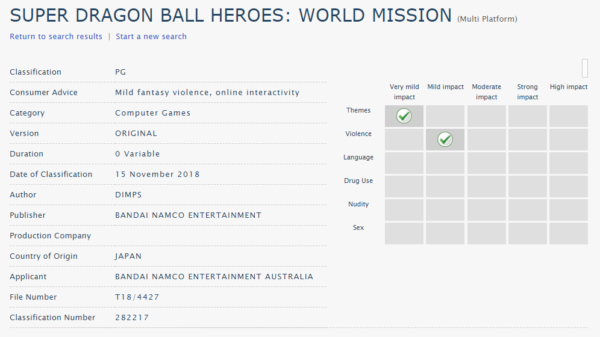 Outside of a single test run at San Diego Comic Con earlier this year, no Dragon Ball Heroes content has ever received an international/localized release outside of Japan.

Thanks to Gematsu for the heads-up, where they also note:

Back in August 2016, Dragon Ball Fusions for the Nintendo 3DS was listed on the Brazilian rating board’s website ahead of its formal international localization announcement.